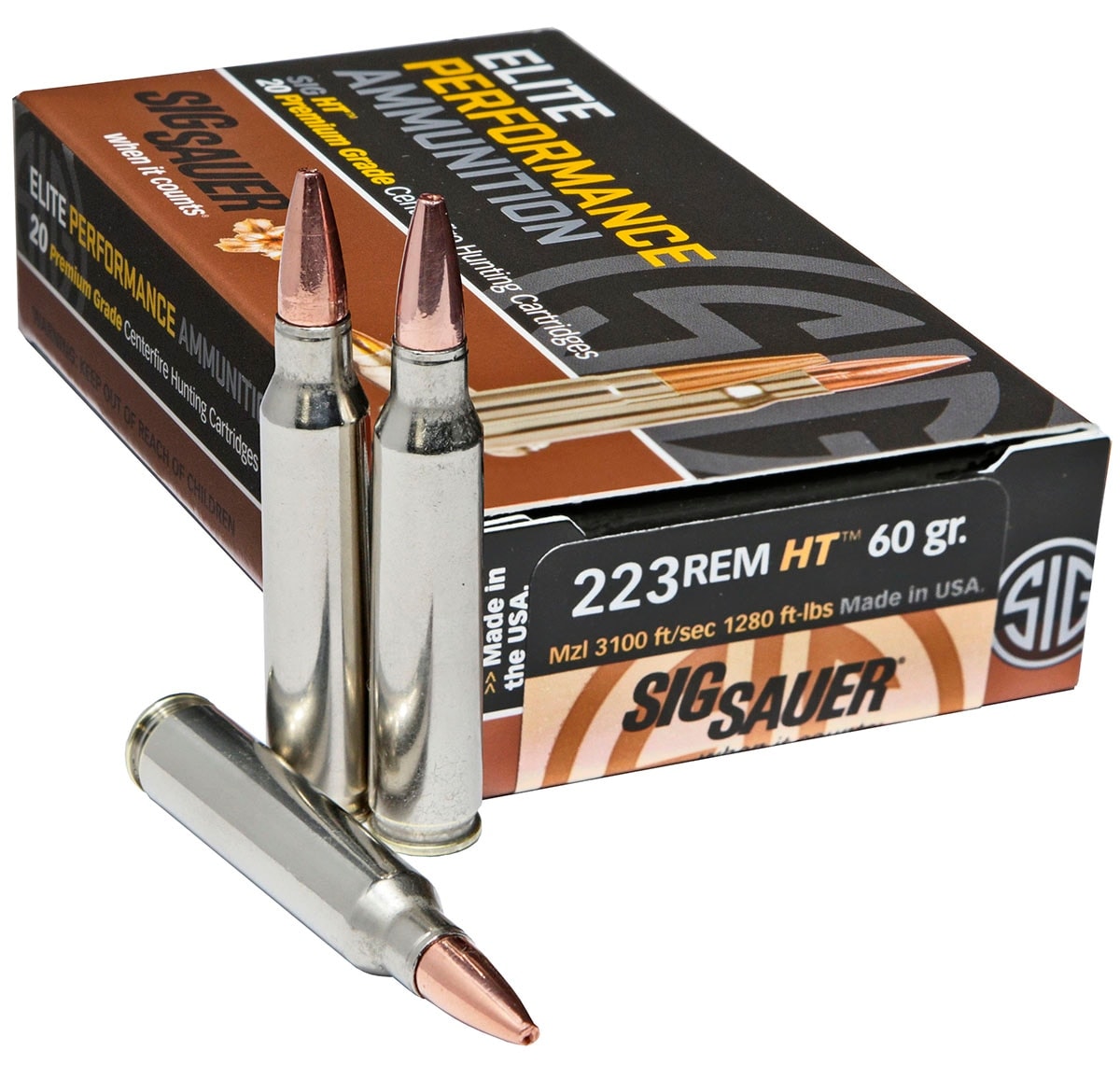 Sig Sauer continues to strengthen its SIG HT line of premium-grade hunting ammunition, introducing the popular .223 Rem round to the lineup.

The hunting round boasts an all-copper, 60-grain bullet that delivers deep penetration and consistent 1.8x diameter expansion. With a muzzle velocity of 3,100 feet per second and muzzle energy of 1,280 foot pounds, the hard-hitting varmint and predator round promises accuracy and effectiveness on the range or in the field.

“The accuracy and effectiveness of the Sig HT line of ammunition is quickly making it a favorite among hunters, especially those who shoot high-performance AR rifles,” Dan Powers, president of the Sig Sauer Ammunition Division, said in a statement. “The nose geometry of the Sig HT bullet is designed for superior feeding in these AR-style platforms, and we now offer Sig HT hunting loads in three calibers – supersonic 120gr 300BLK, 150gr 308 Win and 60gr 223 Rem.”