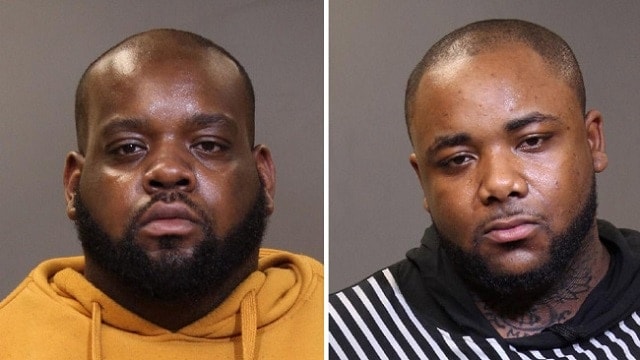 Two men from Columbus, Ohio, have been charged with murdering two potential witness and beating a third witness in a drug conspiracy case.

According to a news release from the Bureau of Alcohol, Tobacco Firearms and Explosives, a federal grand jury charged 25-year-old Antwan L. Hutchinson and 24-year-old Michael J. Favors with the crimes earlier this week.

Favors and Hutchinson allegedly dealt heroin, cocaine, oxycodone, and marijuana and routinely used “trap houses” to store and sell the drugs. The alleged drug dealers also assaulted and tortured people who owed them money or drugs, and according to the indictment, tortured and killed those they thought could be used as witnesses against other members of their drug ring.

The indictment specifically alleges that Hutchinson and Favors intentionally murdered Sidney Campbell and Marie Stamp, who they thought could be potential witnesses. The men are also accused of severely beating Cody Campbell, who later died.

Hutchinson has also been charged with additional counts of the use of a firearm during a crime of violence, use of a firearm in relation to a drug trafficking crime and conspiracy to tamper with a witness.

According to the indictment, the men could be facing the death penalty if found guilty of certain charges.