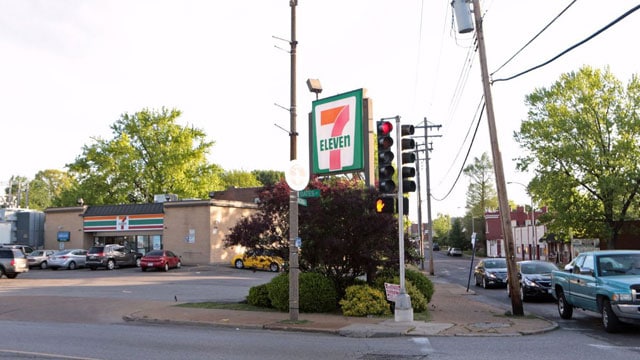 A 35-year-old woman working overnight Monday at a St. Louis 7-Eleven was targeted for a robbery and turned the tables on her attacker.

The woman, whose name has not been released, went outside for a cigarette break just before 4 a.m. when 30-year-old Derrell L. Mayes approached her and – armed with a gun – tried to rob her.

However, instead of handing over any cash or valuables, the woman pulled out a gun and shot Mayes in the chest, arm, and thigh. Mayes fired back, striking the woman in the leg twice.

Mayes, who has a prior criminal history that includes burglary, assault and gun charges, died from his injuries. The woman was last listed as stable, but her current condition is not known.

Employees at the 7-Eleven told reporters the woman had been working at the store for several years. After the shooting, one of her coworkers walked out on the job that same morning.

The store owner said they’ve been robbed in the past, but no one has ever been injured. However, many employees said they refuse to work the night shift.

“I was glad she protected herself,” Dodson said. “We’re calling her a she-ro.”