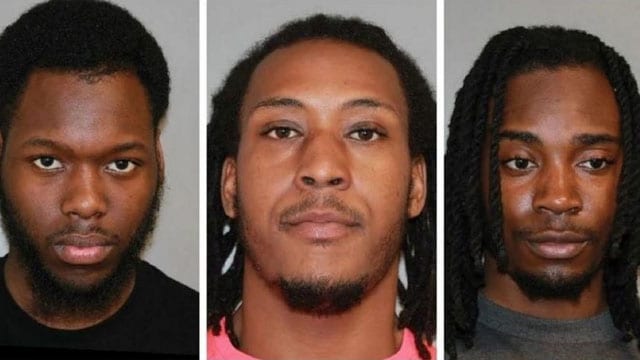 Three alleged gang members were arrested this week after authorities in Massachusetts found them sitting in an SUV outside of a teen’s apartment after threatening him on Facebook Live.

Police say the arrests came after the trio, who are said to be members of the H-Block gang out of Boston, recorded a Facebook Live video threatening a 17-year-old while waving a gun around.

But when the mother of the targeted teen, who is also Michel’s cousin, saw an SUV parked outside the apartment complex where she and her son live, she called the police.

“I’m terrified. It’s petrifying,” she said, noting that she’s scared even of her own nephew. “I’ve been running since January. I’ve been running going from family home to family home. They want my son and they say I’m a snitch because I call the cops.”

The woman and her son believe the trio wants retaliation for a previous incident. Michel, however, told authorities he was “just messing around” and “being stupid” when he made the video.

Nonetheless, police responded to the 911 call and said the suspects in the SUV appeared to be nervous. A search of the vehicle revealed why. On the floor in the backseat, officers found a bag containing a loaded 9mm Hi-Point handgun with the serial number scratched off.

All three pleaded innocent to their charges in court Wednesday.