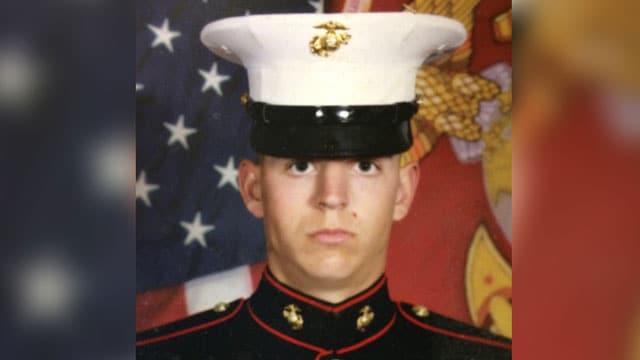 Justin Lampkins was shot and killed in the drive-thru of an Indiana McDonald’s over the weekend. (Photo: WTHR)

A man who served four years in the United States Marine Corps was shot and killed over the weekend during an altercation at a McDonald’s drive-thru in southern Indiana.

The victim was identified as Justin Lampkins, 25. The suspect, Evan Schaffer, 22, is in police custody.

According to the Bedford Police Department, the incident happened just after 1 a.m. Sunday. Lampkins was with several friends in his pickup truck, which was three vehicles back from the drive-thru window.

At some point, someone apparently became impatient at the speed in which the line was moving and honked their horn. Schaffer reacted to the sound by getting out of his vehicle, walking to Lampkins’ truck and assaulting him. According to reports, Schaffer repeatedly punched Lampkins in the face.

Schaffer then walked away from Lampkins and back to the vehicle where he had been a passenger. Witnesses say Schaffer’s friends were attempting to calm him down but were unsuccessful.

Moments later, Schaffer walked back to Lampkins’ truck, but this time Lampkins shoved him. Schaffer then pulled out a handgun and shot Lampkins in the chest, leaving him with a fatal wound, confirmed Bedford assistant police Chief Joe DeWees, who called the shooting “senseless.”

Schaffer then got back into the vehicle and left the scene, according to police, but was apprehended a short time later. He was booked into the Lawrence County Jail, where he faces murder charges. At the time of his arrest, Schaffer was already wanted by the Dodge County Sheriff’s Office for a warrant on unrelated weapons charges. 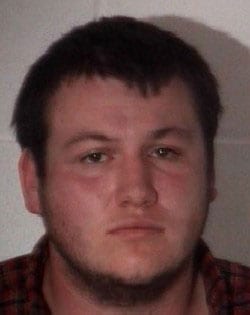 Erick Stahl, who is Lampkins’ brother-in-law and also a combat veteran who served in Afghanistan, told reporters, “It’s tough. Not everybody’s built to handle what we do overseas, and to see it at a McDonald’s, of all places, is sad.”

Stahl said Lampkins was the “epitome of a Marine.”

“He wasn’t violent,” Stahl said, “he only ever defended to the means he needed to and it came from nowhere this time. His whole life was riddled with stories of defending people when they needed it.”

Authorities say it’s unclear who honked the horn, but witnesses claim the person drove away after honking. Police said they are still looking to speak with the other individuals who were in the drive-thru around the time the shooting occurred.