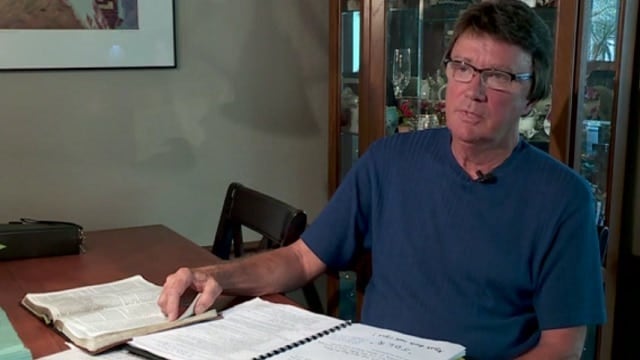 KFOR reported concealed carry instructor Roy Jones has been teaching the Bible-infused firearms classes for 10 years now and has no plans on stopping.

Regarding the 2015 Charleston church shooting, Jones believes the incident may have turned out differently if someone trained in firearms had been present.

“Wish someone was trained with a firearm. Probably wouldn’t have been as bad,” said Jones. “You don’t need a cannon to defend yourself.”

While Jones’s eight-hour class covers firearms basics, such as Second Amendment rights and trigger control, he also reinforces his lessons with Bible scripture, passages he believes can help during life and death situations.

“The Bible works hand-in-hand with today,” he said. “If you’re ever confronted with a situation where you might have to pull your firearm, and you know how to prep that trigger, you’re going to be several tenths of a second faster. And in a two second gun fight, a tenth of a second is all day.”

Some 5,000 people have graduated so far from Jones’ classes, which he has taught in churches all over Oklahoma.