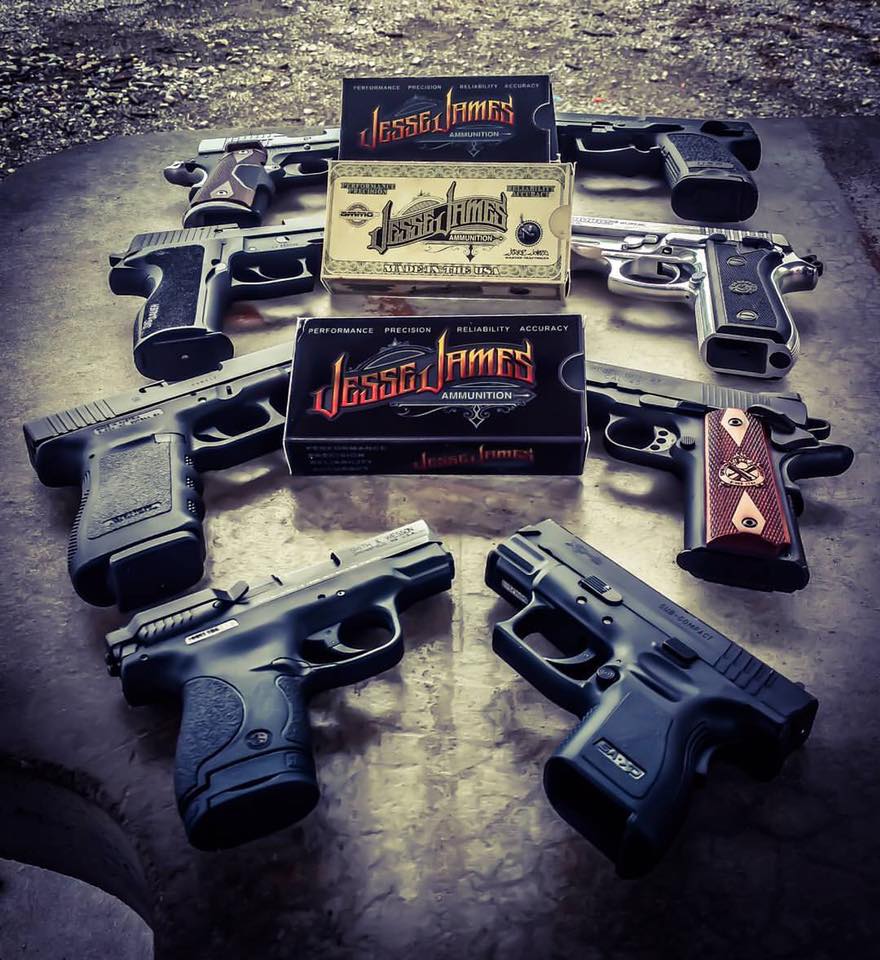 Jesse James teams up with Ammo, Inc. supplying fans with top-notch ammo to accompany them on the range and in the field. (Photo: Ammo, Inc. via Facebook)

Motorcycle designer and firearms maker Jesse James is expanding his empire, partnering with Ammo, Inc. to deliver ammunition to his fans and customers.

“When putting my name on a box of ammo I am only interested in three things. That it’s the absolute highest quality, most accurate, and best value for the customer. Jesse James Ammunition is all three,” said Jesse James in a statement.  “I am so proud to be partnering with Ammo, Inc. The stars have truly aligned for a successful company.”

No details have been made available on exactly how much the new ammo will cost, but James is synonymous with high-end products so guesstimates are in the top dollar range.

James is no stranger to the firearms industry, starting his own gun company called Jesse James Firearms Unlimited in 2012. Funneling his passion for guns into a full-fledged business, James adds his personal flare and style to 1911 handguns, rifles and suppressors. In addition, James partnered with the National Rifle Association inking a deal that would provide a branded line of clothing through the gun rights organization.

The new ammo will be on display at booth 1162 at the NRA’s annual meeting held in Atlanta, Georgia this weekend.