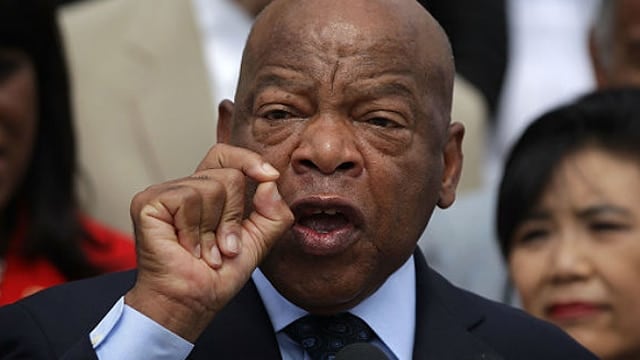 The group’s leadership announced the Congressman’s attendance during a press conference Thursday to discuss the scheduled protest. The organization has held a protest outside the event for four consecutive years, but this year will change their message as the gun lobby goes on the offensive.

“Moms Demand Action volunteers all over the country and Everytown who are focused on making sure there’s a counterweight to the gun lobby,” said John Feinblatt, president of Everytown.

“And in Washington, D.C., moms and Everytown are leading the fight against the NRA’s dream of concealed carry reciprocity. And they’re leading that fight because while it may be a dream for the NRA, it’s a nightmare for Americans,” he said.

His argument is that national reciprocity — every state acknowledging each other’s carry permits — would reduce the standard for issuing permits to “the weakest link” since standards are not consistent state-by-state.

National reciprocity has become a key issue as Republicans took control of both chambers of Congress and the White House in November.

Lewis represents Georgia’s 5th congressional district, which includes Atlanta and other surrounding areas. Last year, he led Democrats on the house floor to stage a sit-in until the majority leader agreed to hold a vote on gun control proposals.