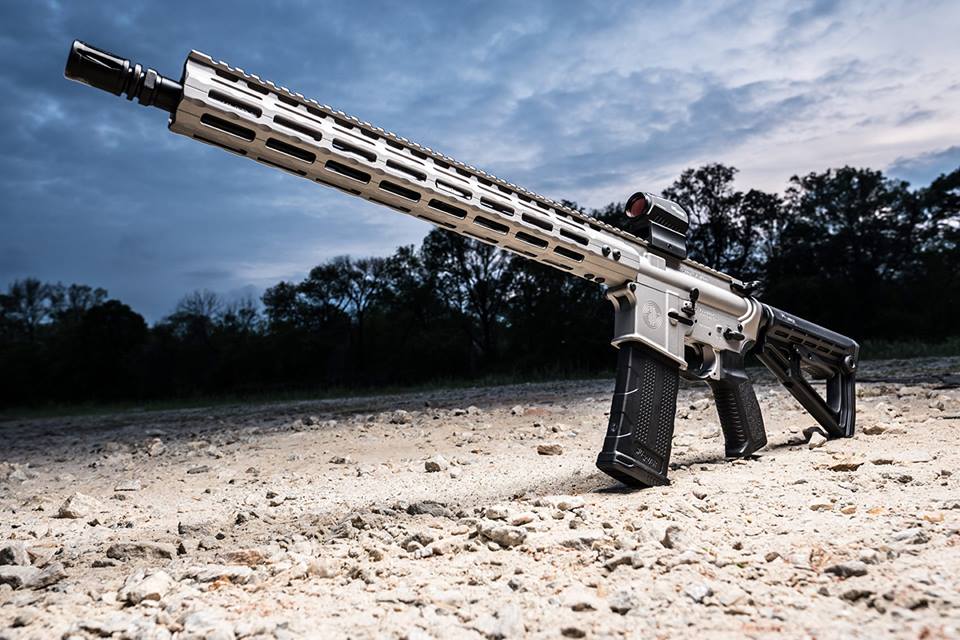 The M400 Elite will be offered in a black and Titanium Cerakote, pictured above. (Photo: Sig Sauer via Facebook)

Chambered in 5.56 NATO, the M400 Elite holds true to the series’ original mission of delivering a dependable rifle; however the new variant adds a few upgraded components with the goal of also making the series a “perfect-out-of-the-box rifle.”

Featuring a 16-inch barrel with 1:7-inch twist and Sig’s Micro-Light Gas Block, the Elite boasts upgraded furniture such as a free-floating M-LOK handguard and Sig Enhanced six-position buttstock. Another upgrade to the system is the addition of the Sig Enhanced Pistol Grip and single-stage trigger. The pistol grip touts improved control while firing and the trigger provides a lighter pull and crisper feel.

All of these components combine to create a lightweight AR-15 that Sig says is both accurate and dependable.

“Since 2010, the M400 has been one of Sig’s most successful rifle platforms due to its reliability, accuracy and feature set that distinguishes it from other competitive models,” said Tom Taylor, chief marketing officer and executive vice president of commercial sales, in statement. “For 2017, we wanted to once again raise consumer expectation by delivering an accuracy-driven rifle that comes equipped with all the desirable features that shooters look for in a complete AR system.”

The M400Elite can be purchased with Sig’s ROMEO 5 red-dot sight for a complete AR package ready to take to the range or out in the field.

The Elite series will initially ship in either anodized black and Titanium Cerakote versions with prices starting at $1,200 for the basic model.