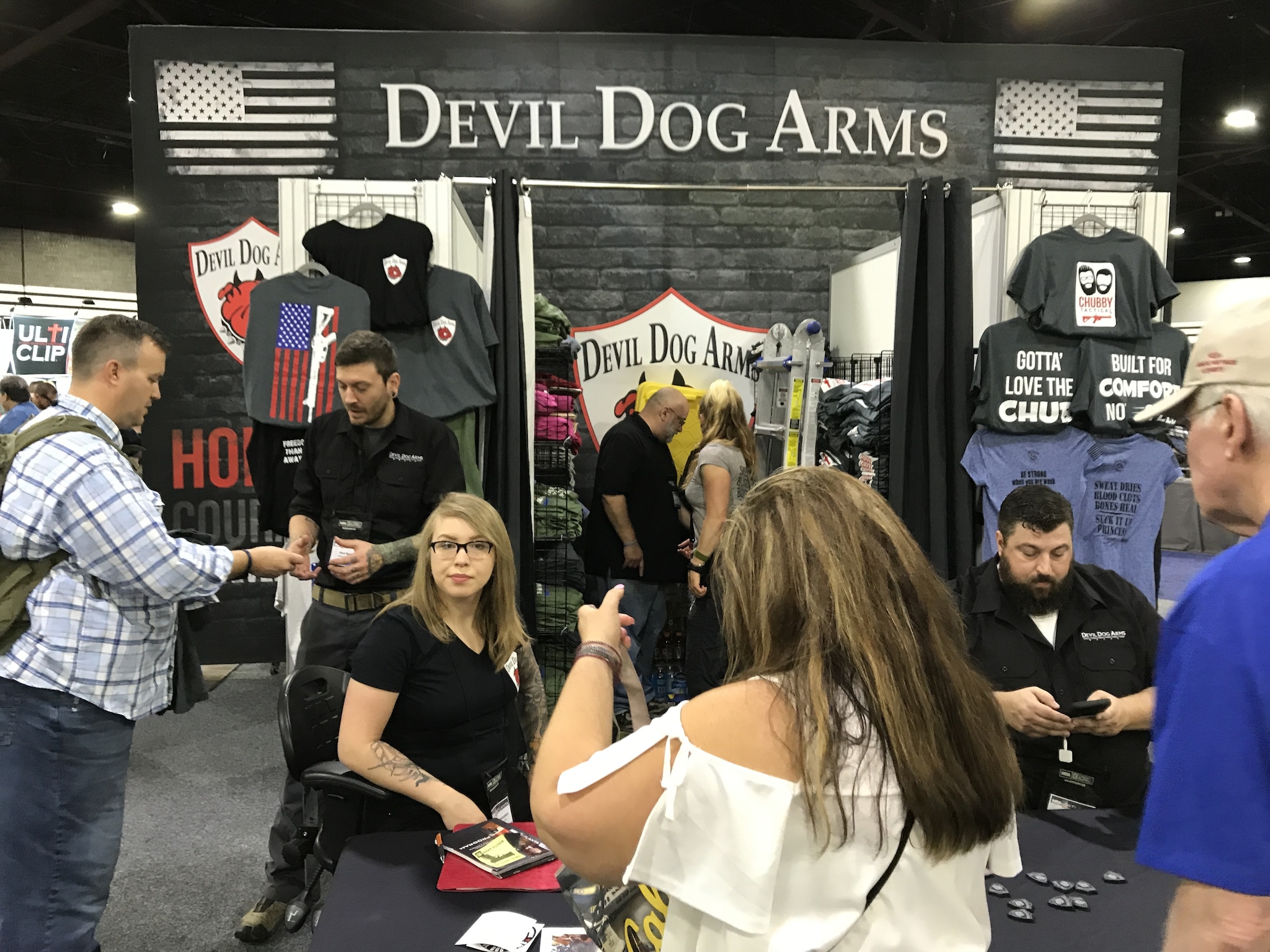 ATLANTA—If ever there was a story of military fighting spirit, it’s that of the Marines at Belleau Wood in 1918 during WWI. Driving German forces out of the wooded area northwest of Paris would help to halt the invader’s advance.

According to history, the Marines suffered heavy casualties on the first day they attacked a dug-in line of machine guns in the woods. Those who survived took the gun nests at a cost of close to 10,000 dead, wounded or missing.

German commanders said the Marines fought with such ferocity they were like hounds from hell, a reference to a story in Bavarian folklore. Though some question the authenticity of the story, the battle has been burned into Marine Corps legend and the term “Devil Dog” persists today.

Such is the story of Devil Dog Arms, a gun company that has recently changed ownership and is attempting to clean up its image after a less than honorable first beginning.

The company was founded in 2010 by Joe Lucania, who this time last year admitted to lying about serving in the Marine Corps as a sniper after some of the details of his service were questioned. The company was shut down a short time after the stolen valor came to light, its employees laid off.

Fast forward to today and Devil Dog Arms has new owners and is attempting to regain its credibility among Marines and the firearms industry.

But why not change its name? Brand recognition. Marines pride themselves on their history and the image of the bulldog immediately conjures a feeling of camaraderie to the Corps.

Former recon Marine Walt Hasser is one of those seeking to rebuild Devil Dog Arms and its reputation. The strategy is simple: Come clean and hope the nostalgia of serving with fellow Marines will help to bolster the new company whose old reputation was built on a lie.

“We had a retired first sergeant coming by our booth like, ‘this is so cool.’” Hasser told Guns.com at the National Rifle Association’s annual convention in Atlanta this weekend.

But the company doesn’t just appeal to former Marines. Much of its apparel carries a badass sort of patriotism to it. An image of a gritty American flag and AR-style rifle sit on one of the t-shirts displayed at the company’s booth, which speaks to many homeland-loving, gun-carrying patriots regardless of whether they served or not, Hasser said.

Another shirt had a quote from Ronald Reagan printed on it: “Freedom is never more than one generation away from extinction.”

Sure, Hasser said, Devil Dog Arms’ sordid past is a stain on the company and the stolen valor incident is probably making it hard for the business to turn a profit, but he hopes people will forgive the company’s past and see the new firearms maker for what it is: A phoenix who embodies the Marines esprit de corps.

Hasser is so confident in the company’s success, in its dedication to perseverance, that he’s not being paid until the company turns a profit, he said.

Hasser is currently the only Marine at Devil Dog Arms, but the Illinois-based company plans on hiring more “when we get rolling,” he said. And though the company is not veteran-owned, Devil Dog Arms partners with other businesses that are for supply, distribution and marketing, he said.

Hasser told Guns.com there were three former Marines working the Devil Dog Arms booth part time at the NRA convention, so it would seem the company is doing what it can with what it’s got, much like the Marines at Belleau Wood did 100 years ago.