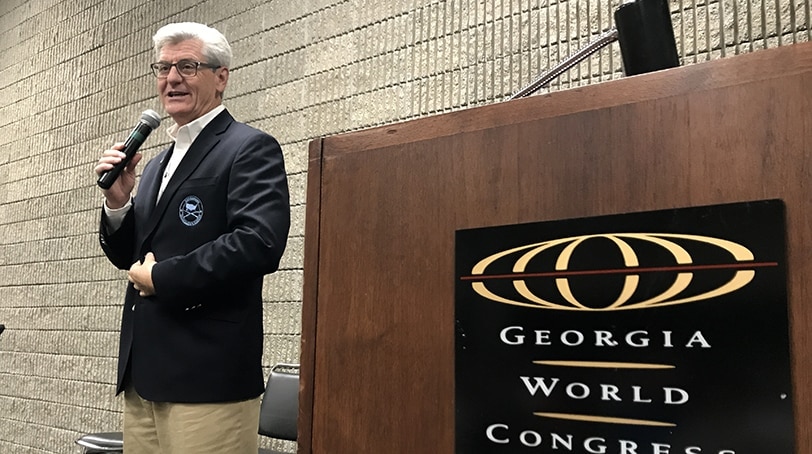 ATLANTA—Mississippi Gov. Phil Bryant on Saturday urged a small group of college students and others to take up arms in defense of the Second Amendment.

His remarks came at a college leadership forum during the National Rifle Association’s annual convention in Atlanta, Georgia on Saturday.

“If there’s an active shooter at the capitol, I’m not going to hide behind my desk,” Bryant said. “I’m going to put some led down range on someone.”

“They believe that somewhere they can tell us what to do,” Bryant said, adding that liberals want a bureaucracy of control.

That control extends to college campuses, Bryant said, ribbing Greek literature and music appreciation majors he said are the ones most likely to “come out to riot.”

They won’t take away Second Amendment rights, Bryant said. “We will not go quietly into the night.”