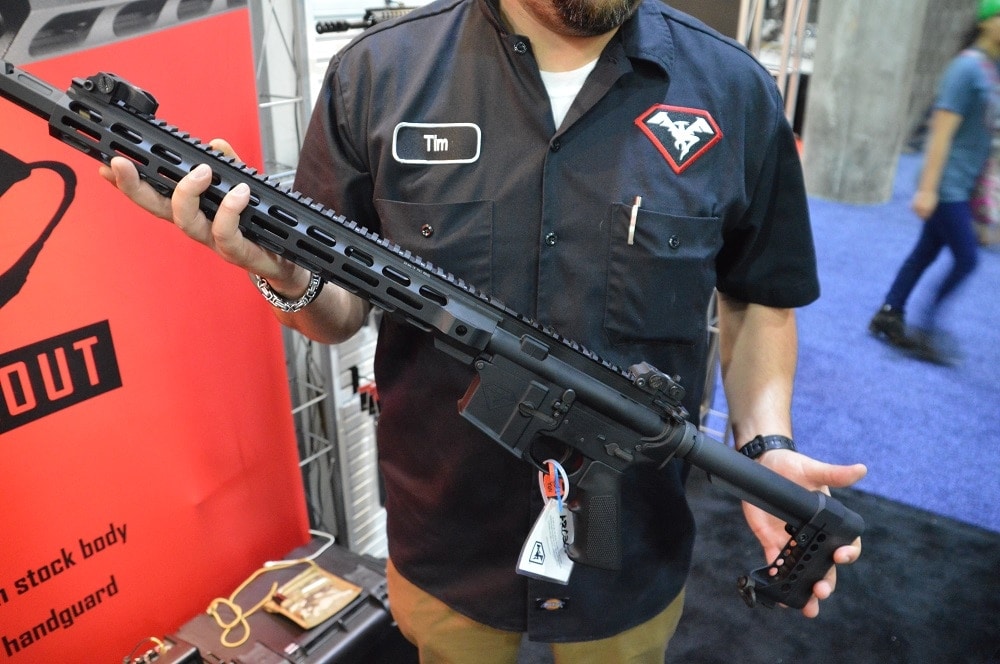 Kentucky-based DoubleStar this week unveiled a .30 caliber upsize of its Always Ready Carbine series designed with hunters in mind.

Dubbed the ARC 300, the carbine-length rifle was introduced at the 146th National Rifle Association Annual Meetings and Exhibits at the Georgia World Congress Center on Friday. 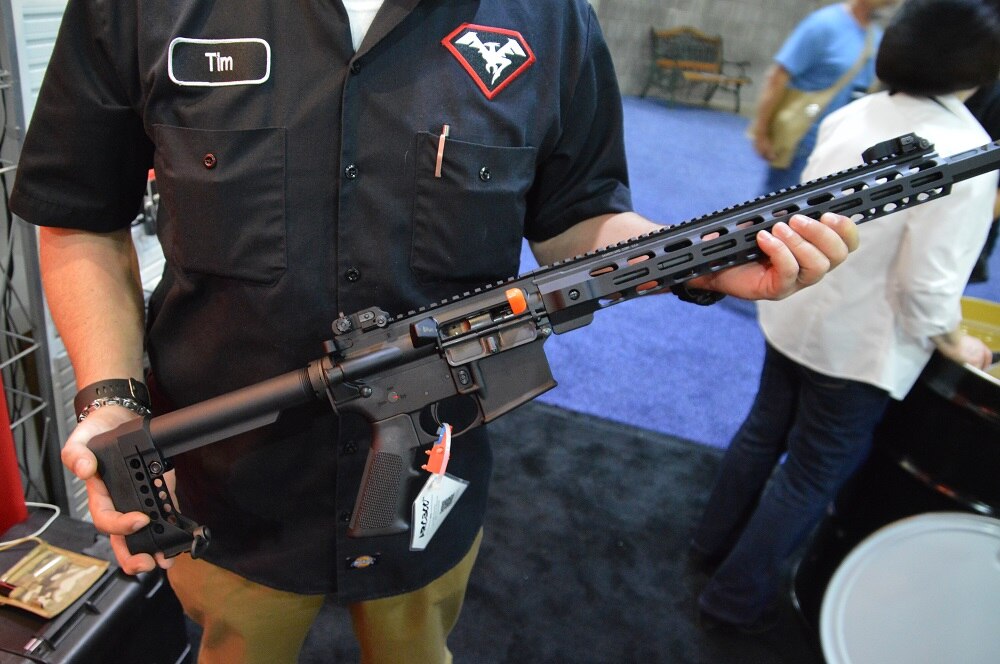 The Samson 15 inch handguard has a 1913 toprail and is dripping with Magpul MLOK slots. For those that don’t like the Mortar Plate buttstock, the rifle ships with a DS4 collapsible stock as well. Note the Samson flip-up sights that come standard.

A 15-inch Samson SX series handguard slathered in M-LOK gives lots of room for accessories while DoubleStar’s minimalist Mortar Plate buttstock brings up the rear– though the AR 300 ships with a standard M4 style stock if the user wants to swap it out.

The muzzle ends in DoubleStar’s Big Timber brake with  5/8x 24 tpi threads which the company advertises as being able to keep the rifle “virtually stationary” when firing. 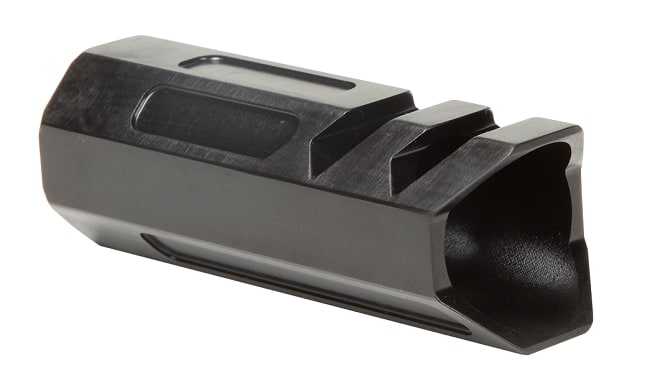 The Big Timber compensator is a new accessory that is available separately but is standard on the ARC 300. It is designed to eliminate the gap between 15-inch handguards and 16-inch barrels (Photo: DoubleStar)

Company literature bills the new rifle not only as durable and lightweight, but reliable.

“The ARC 300 is as reliable as death and taxes, and is ready to eat any supersonic or subsonic load thrown its way,” said the company in a statement, noting the rifle ran every commercially available .300 BLK loading on the market in testing with no issues.