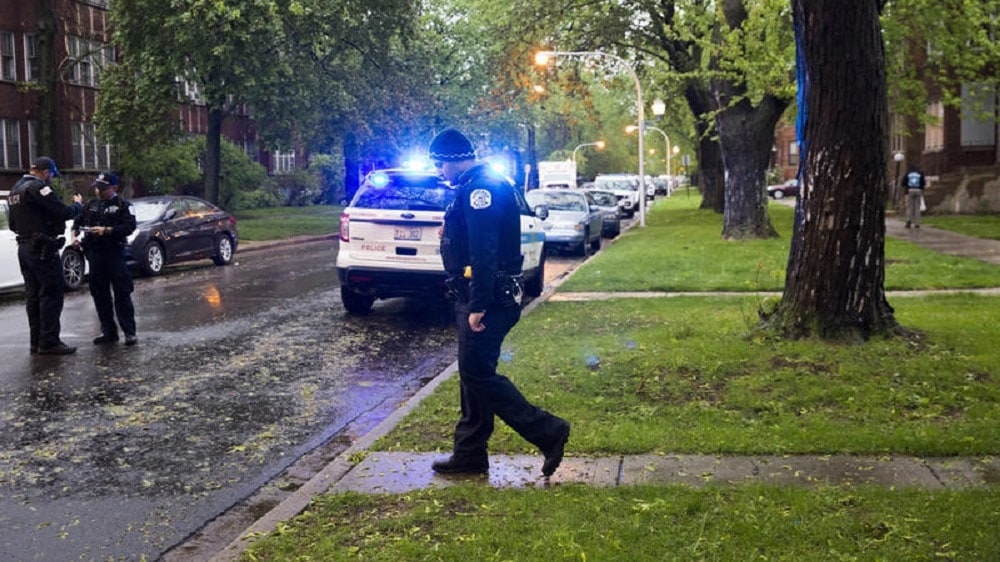 Chicago Police work the scene of a shooting in the Park Manor neighborhood on April 30, 2017. (Photo: Chicago Tribune)

More people were gunned down in Chicago over the weekend, leaving four dead and 17 wounded, after the city eclipsed 1,000 gunshot victims for 2017 last week.

CBS Chicago reported the weekend’s last fatal shooting occurred in the southwest side neighborhood of Gage Park early Monday morning. A man, thought to be in his early thirties, exited a vehicle and got into an argument with two passengers still in the car. One of the passengers then drew a gun and shot the man in the head, who was later pronounced dead at a local hospital.

The first shooting of the weekend occurred on Friday afternoon in the Longwood Manor neighborhood on the south side. Two men, ages 26 and 27, were shot in an attack and then taken to a local hospital. The older man died, while the younger man suffered a gunshot wound to the abdomen and was in critical condition.

While at least two other people were killed and 17 wounded in other shootings throughout the city this weekend, the Chicago Sun-Times reported police have seen a downward trend in the overall number of shootings this year.

Shootings are down nearly 13 percent this year compared to this time last year. Fifteen of the city’s 22 police districts have seen a decrease or have not seen an uptick in shootings compared to last year.