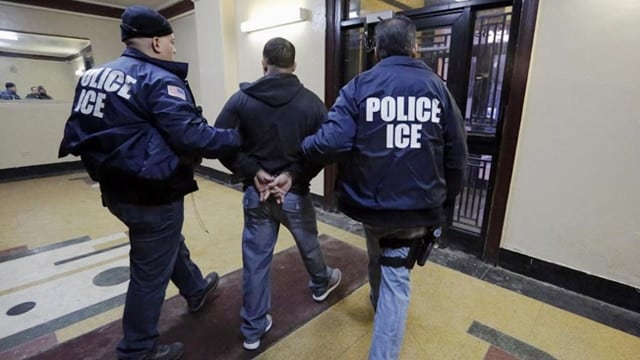 More than 40,000 federal inmates are undocumented, according to a Department of Justice report released Tuesday.

The Justice Department compiled the numbers as part of a mandate outlined in President Donald Trump’s Jan. 25 executive order on Enhancing Public Safety in the Interior of the United States.

According to Bureau of Prisons data last updated on March 25, there were 188,496 inmates in federal prison. Most of them, 147,587, were United States citizens. More than 14 percent of the inmates, or 26,737, were Mexican nationals, according to the data. 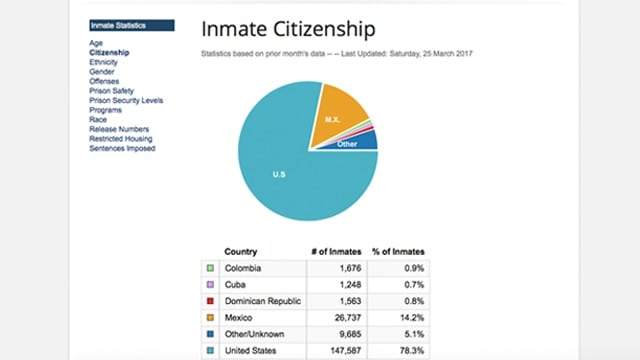 That’s about 22 percent of the federal prison population.

Approximately 54 percent of the nearly 42,000 are “aliens for which final immigration orders have been issued for their removal,” according to the DOJ. More than a third are under ICE investigation for possible removal, and more than 12 percent are “aliens still pending adjudication (in other words, ICE has charged these aliens as removal cases, but a final disposition has not yet been reached).”

The president’s executive order also calls for the collection of data “regarding the immigration status of aliens incarcerated as federal pretrial detainees,” as well as data on the “immigration status of all convicted aliens incarcerated in state prisons and local detention centers throughout the United States.” The U.S. Marshals, the Department of Homeland Security, and other agencies just started working to capture that data, and a more complete picture of those numbers are expected next quarter.

“Illegal aliens who commit additional crimes in the United States are a threat to public safety and a burden on our criminal justice system,” said Attorney General Jeff Sessions. “This is why we must secure our borders through a wall and effective law enforcement, and we must strengthen cooperation between federal, state and local governments as we strive to fulfill our sacred duty of protecting and serving the American people.”