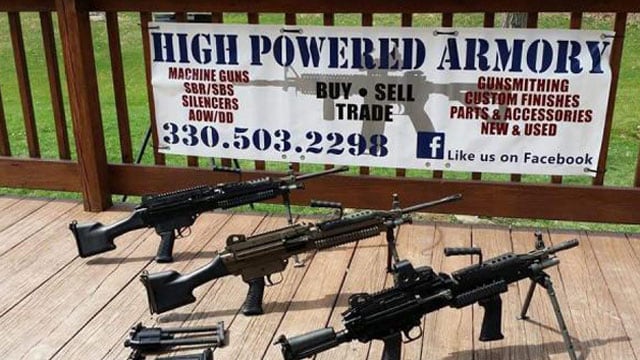 An indictment was returned in federal court last week naming the former owner of a Columbus gun shop for his part in a gun trafficking scheme that landed weapons in the hands of illegal buyers in Mexico.

Paul Groves, 36, is charged with one count of conspiracy to defraud the United States and one count of receipt or possession of an unregistered firearm. If convicted, he could face up to 10 years in prison.

According to April 27 indictment, Groves conspired with others from around March 2014 to April 2015 to buy and re-sell of a number of firearms, including 62 Barrett .50-caliber high-powered rifles.

At the time of the transactions, Groves operated High Powered Armory, which was located in Youngstown, Ohio, and was a federal firearms licensee.

The weapons were purchased by Groves under false pretenses, then sold to “individuals in Indiana” who picked up the weapons at Groves’ store in Ohio. The Indiana group, in turn, drove to Texas where they again sold the firearms illegally to buyers from Mexico, who paid what was described by prosecutors as “extremely high, marked-up prices.”

Also named in a related indictment was Eric L. Grimes, 47, who operated Great Machine, LLC in Hillard, although he was not licensed to do so. However, Groves previously filed an application with the ATF in an attempt to have Great Machine licensed as a secondary location for High Powered Armory.

Court documents allege Grimes worked with Groves in the gun trafficking scheme, which included collecting the money for the weapons in Groves’ stead.

Grimes was charged with engaging in firearms business without a license, to which he pleaded guilty last week. If convicted, he could face up to five years in prison.