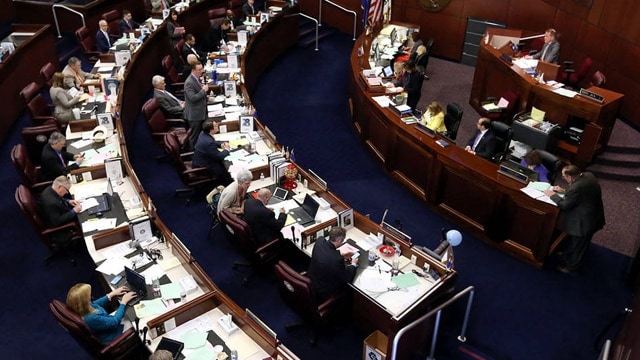 The Nevada Senate last week passed a protection order measure one lawmaker called “one of the most important bills this session.”

The chamber approved SB 387 on a vote of 12-9 during its April 25 session, sending the proposal to the Assembly for consideration.

Specifically, Ratti’s legislation allows family or other household members to report high-risk individuals to law enforcement, who can then seek a court order to remove the individual’s firearms temporarily. The bill defines a high-risk individual as someone who owns a firearm, poses a danger to themselves or others and has threatened violence within the preceding six months or behaved violently.

Courts can issue three different types of protective orders under the proposal: emergency, ex parte and extended — the latter of which could strip a person’s gun rights for up to a year.

“The bottom line for me is too many families are coping with too many tragedies and in a very narrow few cases where the current law enforcement and judicial system doesn’t provide tools, this bill could save a life,” Ratti said.

The amendments to Ratti’s bill penalize those who provide false information to secure a protection order with a misdemeanor charge while also providing a “pathway” to remove the court order from criminal records. The new language also prohibits the seizing of ammunition and extends the implementation date from Jan. 1, 2018 to June 30, 2018, among other changes.

SB 124, sponsored by Sen. Patricia Spearman, D-North Las Vegas, strips gun rights from those convicted of stalking and other domestic violence charges by expanding the definition of a prohibited buyer.

Spearman told the Senate Judiciary Committee last month the proposal is designed to protect domestic violence survivors from the “very real threat” of gun violence in their lives.

A previous provision requiring judges to remove firearms from the subjects of extended protective orders was amended out of the bill during an April 14 Judiciary Committee hearing.