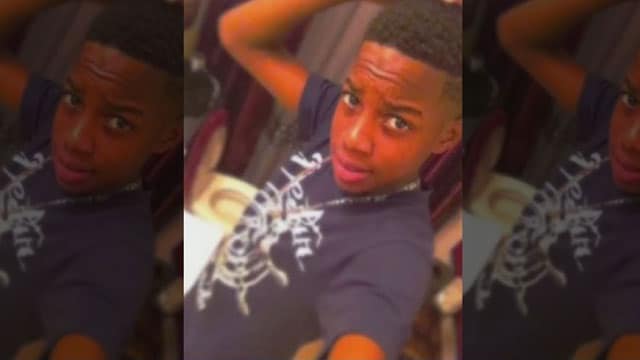 Jordan Edwards, 15, was described as a good kid and a good student who enjoyed sports. (Photo: Fox)

The police officer who killed a 15-year-old boy over the weekend in Balch Springs, Texas, was fired as a result of his actions, authorities announced Tuesday.

The Balch Springs Police Department said that the former officer, Roy Oliver, “violated several departmental policies” and was therefore terminated. However, Oliver, who had been with the department for about six years, has the right to appeal the termination, if he desires.

Oliver was one of two officers who responded to a 911 call placed around 11 p.m. Saturday. According to the caller, a nearby party was getting out of control, and drunk teens were in the street.

Officers arrived on the scene and entered the residence where a “large party” was taking place. While speaking with the individuals inside and attempting to locate the homeowners, the officers heard the sound of gunfire outside, which turned the party into a “chaotic scene,” the department said.

The officers exited the home to find a vehicle occupied by five teens backing into the roadway. Oliver fired an unknown number of rounds from a rifle into the moving car, striking 15-year-old Jordan Edwards. The second officer did not fire his weapon during the incident.

Jordan was rushed to the hospital but efforts to save him failed.

According to Balch Springs Police Chief Jonathan Haber, Oliver said he fired at the vehicle as it was reversing toward him in “an aggressive manner.” Haber relayed this information, as he thought it to be true at the time, but later said he “misspoke” and, in an effort to provide information to the media and public as quickly as possible, did not follow the steps he should have before making a statement on the incident.

Haber took full responsibility for the inaccurate information that he first presented and assured transparency and honesty moving forward.

In a press conference Monday, Haber revealed that after viewing the officer’s body cam footage, he discovered the vehicle was actually driving away from the officers as Oliver fired, not toward him as the former officer first stated. Haber went on to say that the actions he saw taken by the officer did not meet the department’s core values.

Haber assured that he would be “forthcoming and transparent” throughout the investigation and, in reference to possible charges against Oliver, will stand by whatever decision is made by a grand jury.

Haber also said the department will work together with the community to “fix the problem” that led to the “tragic incident.”

Haber called for calm so that the investigations may be conducted quickly and without interruption. Likewise, Jordan’s family asked the community not to march or protest, according to Fox News.

“We do not support nor do we condone any violence or threats made against the Balch Springs Police Department or any other law enforcement agencies,” Jordan’s family said. “What we desire only second to having our beloved Jordan back is JUSTICE FOR JORDAN.”

According to Jordan’s friends, he and the other teens decided to leave the party as things began to get unruly. As the group of teens was leaving and officers were arriving, the gunshots rang out.

At this point, it’s unclear where the initial sound of gunfire came from and who was responsible for those shots. No weapons were found inside the vehicle occupied by Jordan and the other teens.