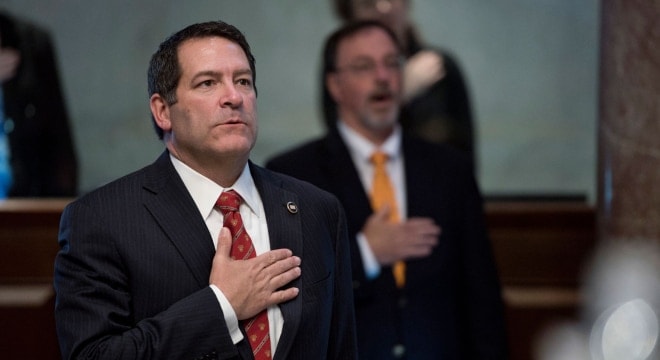 President Trump’s nominee for civilian leadership of the Army can expect to run into a wall of questions during in his Senate confirmation over past comments he made about gays and Muslims.

Tennessee State Sen. Mark Green, a Republican lawmaker, physician and retired regular Army officer, was nominated by Trump to lead the Department of the Army last month but U.S. Sen. John McCain, R-Ariz., chairman of the Senate Armed Services Committee, has voiced concerns on his confirmation.

McCain told USA Today that he was troubled with Green’s past remarks of “a broad variety — concerning the Muslim faith, concerning the LGBT community, other issues according to the comments he has made in the past.”

As for a response to the criticism, Green last month issued a statement that he was being smeared by “the liberal left” and he believes “every American has a right to defend their country regardless of race, ethnicity, gender, sexual orientation, gender identity, and religion. It’s the radical left that won’t allow the latter.”

Green is tapped to replace the seat left vacant with the departure of Eric Fanning, President Obama’s Secretary of the Army, in January. Fanning, a former Defense Department civilian staffer for decades — which included a stint as Under Secretary of the Air Force — was the first openly gay head of any service in the U.S. military.

A West Point graduate, Green served in the Army as an infantry officer and later rifle company commander in the 82nd Airborne Division before studying to become an Army physician. While a special operations flight surgeon attached to the elite 160th Special Ops Aviation regiment, he was on the team that captured former Iraqi dictator Saddam Hussein in 2003 and later wrote a book about the operation.

After leaving the military in 2006, Green went into private medical practice in Tennessee and was elected to the Tennessee Senate in 2012, taking the seat from an incumbent Democrat. Since in the state legislature, he has sponsored or co-sponsored nearly 70 bills including one to allow doctors to refuse to treat LGBT patients as well as several that aimed to expand gun rights and waive carry permit training requirements for some military veterans and service members.

His remarks on Second Amendment rights while a lawmaker has also drawn fire from media outlets. On Monday, the Huffington Post published excerpts of a speech Green made in 2013 at a gun rights event in which he said armed citizenry is the “ultimate checks and balances” on the government as outlined in the constitution, and argued citizens should be able to own any weapon the federal government has, even aircraft carriers.

“The men who penned and ratified this document gave us the right to keep and bear arms as an ultimate checks and balances against the federal government,” said Green “When considering magazine size and weapon type, comments like, ‘You don’t need a 10-round magazine to hunt deer’ completely misses the point of the Second Amendment.”

While the civilian heads of the service branches rarely dabble in gun rights issues, it should be pointed out the Secretary of the Army’s office ultimately controls the flow of surplus small arms to the Civilian Marksmanship Program for transfer to the public. Soon, this would include stocks of M1 Garands returning from overseas as well as M1911 .45ACP pistols currently in storage. The Army currently stores millions of Vietnam-era M16A1 rifles and, in the future, will have to decide what to do with withdrawn M9 and M11 pistols replaced by the new Modular Handgun System.

No date has been set for Green’s confirmation hearing.