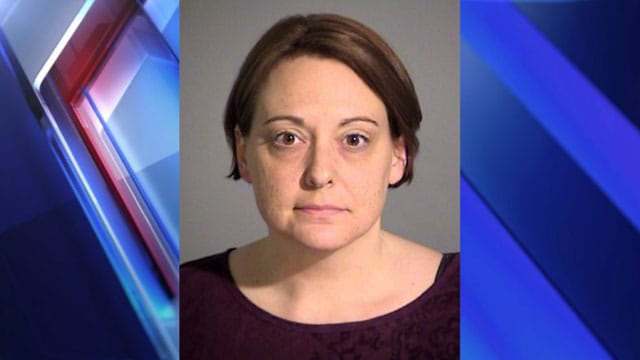 A 38-year-old former Indianapolis-area high school teacher is facing charges after she had an inappropriate relationship with a 17-year-old student that included sex, drugs, and a gun.

The investigation surrounding Kathryn Hagan, once a teacher at Franklin Central High School, started in the beginning of April and charges were filed this week.

Hagan is accused of providing the teen with Xanax and having sex with him. But after the sexual relationship began, Hagan became aware of a 10-second video clip showing her and her student naked together. Apparently the video was being passed around the school and used as a means to bribe the teacher into providing better grades.

Authorities say after the discovery of the video, Hagan then purchased a gun and gave it to a student who she instructed to rob other students of their cell phones containing the incriminating evidence against her.

Hagan now faces charges of conspiracy to commit robbery while armed with a deadly weapon, child seduction, dangerous control of a firearm (providing a firearm to a child), and dealing in a schedule IV controlled substance.

Hagan was hired as a teacher at the school in January but resigned in April.