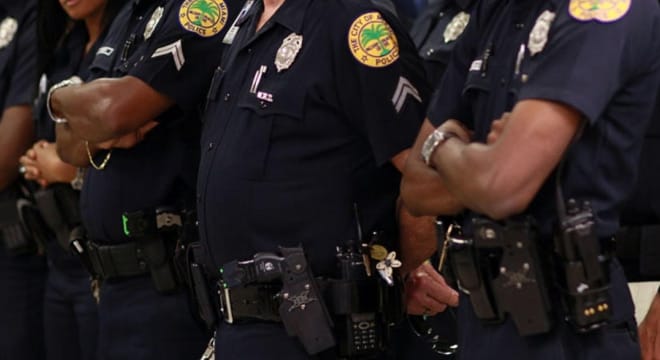 Backers of the proposal feel officers should be given the same consideration as concealed carry permit holders in the state when it comes to the required handgun waiting period. (Photo: NBC Miami)

The twin measures, HJR 291 and HB 673, passed 115-1 and 117-0 respectively.  The bipartisan sponsors of the legislation, Republican Don Hahnfeldt and Democrat Robert Asencio contend the carve out is needed and recognizes the training given to law enforcement officers.

“This bill will help protect Floridians in every town, city, and county by making sure our tax dollars are being properly spent to ensure officers are properly equipped to fight crime and keep our communities safe,” Asencio said in a statement. “It is commonsense measures like these that continue to move our state forward.”

The measures would establish a ballot question in 2018 for voters to change the state constitution to exempt law enforcement officers from the longstanding waiting period. The state’s 1.7 million concealed carry permit holders are already exempt from the waiting period, during which the Florida Department of Law Enforcement conducts criminal history records checks before allowing the purchase to proceed.

While nominally described as a three-day waiting period, the state constitution allows for a waiting period of up to five days, excluding weekends and legal holidays and it has been unsuccessfully challenged as being unconstitutional on Second Amendment grounds.

The Senate companion measures to the House legislation have not been heard in committee, likely dooming the proposal unless the rare step of voting on them from the floor is exercised this week, according to the Miami Herald.