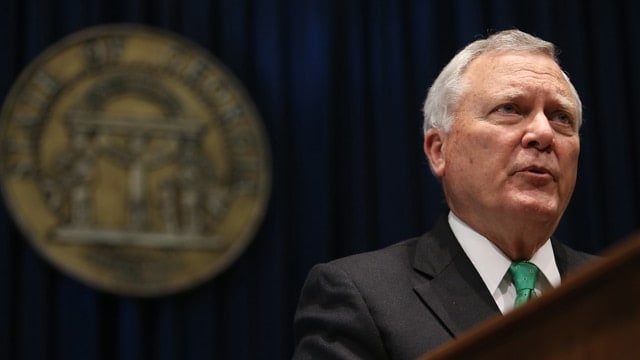 Georgia Gov. Nathan Deal signed a bill into law Thursday that will allow concealed carry on public colleges and universities in the state.

House Bill 280 was approved by the state legislature on the final day of session earlier this year. The measure includes changes to an earlier version of the bill, which Deal vetoed last year.

The law will allow permit holders to carry on “any public technical school, vocational school, college or university or other public institution of post-secondary education,” according to language in the bill. Exceptions include campus housing, including fraternity and sorority houses, athletic events, and pre-schools on campus. Areas used during disciplinary meetings, and classes where high school students might be present are also exempt.

Under current law in Georgia, anyone found to have a gun outside their vehicle on a public university, even with a concealed carry permit, is subject to a $1,000 fine and up to a year in jail. When HB 280 takes effect, if someone with a permit is found to have a gun in an area that’s still gun-free, they’ll face a misdemeanor and be fined $25 for the first offense.

Gun control activists say this is a stain on Deal’s record. “This flip-flop will be what Georgians remember about our governor for years to come – that he bent to the Washington gun lobby,” said Lindsey Donovan, the leader of the Georgia chapter of Moms Demand Action for Gun Sense in America. “This will be the legacy he leaves behind.”

In a signing statement for HB 280, Deal pointed out that he vetoed last year’s version, HB 859, because the legislature didn’t include prohibited areas such as childcare space, and rooms where disciplinary proceedings take place. “The General Assembly opted not to add my suggestions in the final version,” he said.

Deal noted that, in parts of the state, the path to higher education “travels through dangerous territory.”

“At the present time, assailants can, and do, target these students knowing full well that their victims are not permitted to carry protection, even those who are weapons carry license holders, because they are either going to or coming from a campus where no weapons are allowed,” he said.