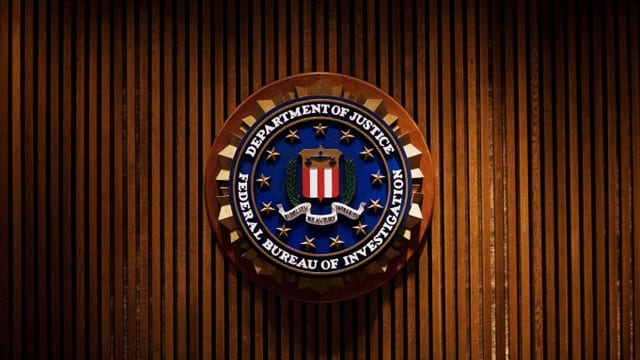 The study blames the media and politicians for fueling the anti-cop narrative, which has seen officers second guessing themselves in dangerous situations. (Photo: Mandel Ngan/AFP)

Anti-cop narratives helped fuel a surge in violence against police last year, leaving officers scared, demoralized, and less proactive, according to a new study from the FBI.

“The Assailant Study – Mindsets and Behaviors” blames politicians and the media for perpetuating the narrative of police misconduct and excessive force, something the study says helped embolden people to commit violent acts against officers.

Of the 135 police officers who died in the line of duty in 2016, 64 of them were shot and killed. That’s a 56 percent increase from the year before, when 41 officers were shot and killed, according to the National Law Enforcement Officers Memorial Fund. The FBI’s report analyzed 50 incidents in which officers were attacked last year. All of the assailants analyzed were men, 86 percent had prior criminal histories, and 28 percent had expressed a desire to kill law enforcement.

“The main reasons expressed by assailants as to why they wanted to attack law enforcement officers were for social and/or political reasons or they had a hatred of law enforcement,” the study says. They think that “attacking police officers was their way to ‘get justice’ for those who had been, in their view, unjustly killed by law enforcement.”

The study cites the 2014 police killing of Michael Brown in Ferguson, Missouri, as the moment that sparked a movement wherein people started to believe it was “socially acceptable to challenge and discredit the actions of law enforcement.”

“For the first time, law enforcement not only felt that their national political leaders publicly stood against them, but also that the politicians’ words and actions signified that disrespect to law enforcement was acceptable in the aftermath of the Brown shooting,” the report says, citing interviews with personnel in 13 departments that lost officers to violence last year.

Those interviewed said hostility and defiance against law enforcement appears to be the new norm. One officer said that ten years ago, if a suspect was stopped in a “high-risk neighborhood,” they would run or comply. Now they’re openly defiant.

“In communities where law enforcement’s community relationship is poor, officers are more likely to be purely reactive,” the report says. “Assailants understand that officers are less willing to escalate force, and therefore have become bolder and more brazen in their attempts to resist.”

The study pointed to one incident in Chicago last fall in which an officer was beaten and slammed to the ground repeatedly until she was unconscious. A 17-year veteran of the Chicago Police Department, she told Superintendent Eddie Johnson she didn’t use her gun because she was afraid of backlash.

“As I was at the hospital last night, visiting with her, she looked at me and said she thought she was gonna die, and she knew that she should shoot this guy, but she chose not to because she didn’t want her family or the department to go through the scrutiny the next day on national news,” Johnson said in October.

“It’s an example of how dangerous this job is,” he said “And because of the scrutiny going on nationwide, there (are) officers second-guessing themselves.”

In August 2015, an officer in Alabama who was pistol-whipped with his own weapon said he hesitated to shoot his attacker because he was afraid of the media backlash.

Attorney General Jeff Sessions has, in recent months, pointed to criticisms of police as problematic. “We need, so far as we can, to help police departments get better, not diminish their effectiveness. And I’m afraid we’ve done some of that,” said Sessions earlier this year.

Sessions made the comments as he announced that the Department of Justice, under his direction, would “pull back” on Obama-era consent decrees meant to address Constitutional abuses on the part of police. Sessions called investigations into department abuses “pretty anecdotal, and so not so scientifically based.”

“To confront the challenge of rising crime, we must rely heavily on local law enforcement to lead the way – and they must know they have our steadfast support,” Sessions said.