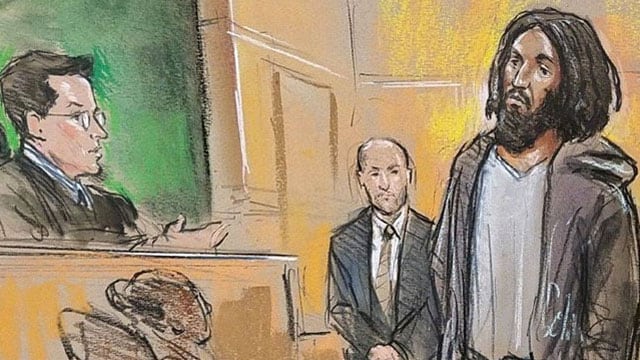 Calloway, who previously served in the U.S. Marine Corps where he received infantry and explosives training, was the subject of an FBI investigation when he sought to purchase the fully automatic weapon.

Prosecutors say on April 1, Calloway and the person providing the gun agreed on a purchase price of $250 for the rifle and ammunition. Several days after the agreement was made, Calloway paid a $60 installment, followed by a second installment of $190 on April 28.

Additionally, according to the weapons provider, Calloway made statements in reference to carrying out acts of violence in the D.C. area with law enforcement officers and a police station the targets of such acts.

Authorities confirmed the AK-47 was disabled before the gun was handed over to Calloway.

Calloway, who remains in custody, made his first appearance in court Friday, with a hearing scheduled for Wednesday. If convicted, Calloway could face up to 10 years in prison.

The Justice Department noted in a press release announcing the charges that the “criminal complaints are merely allegations, and every defendant is presumed innocent unless and until proven guilty beyond a reasonable doubt.”