Auction attendees took care of business and picked up a pair of wheel guns formerly owned by The King for all-time highs last week.

Rock Island Auction Company sold the Elvis memorabilia during their premiere firearms auction last weekend with an embellished Smith & Wesson Model 19-2 bringing $195,500 and a Colt Python hitting the gavel at $172,500. RIA said each price is a world record for its respective model. 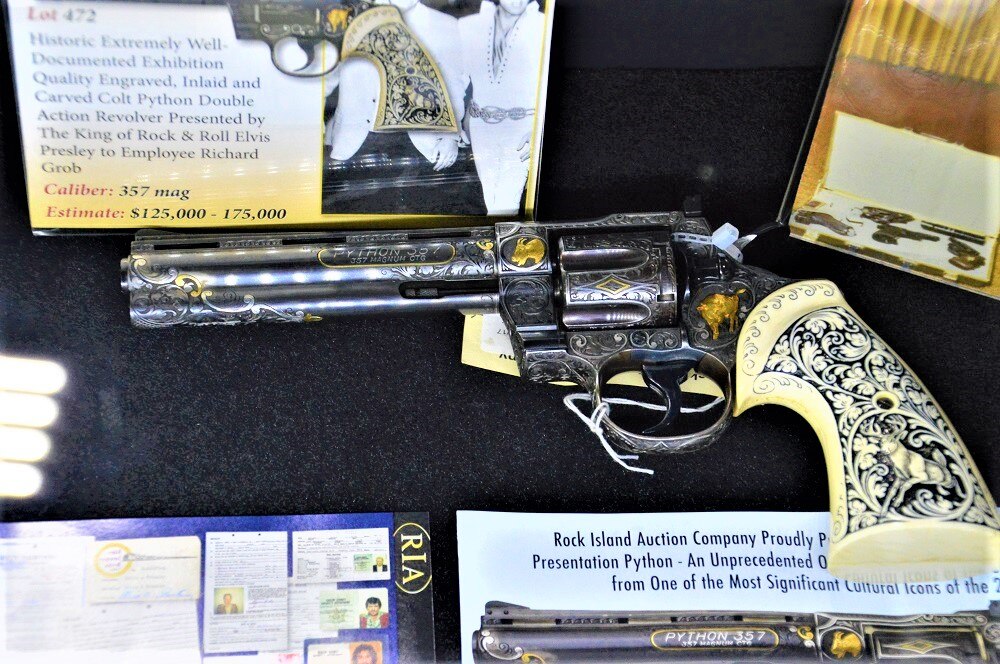 “We had high hopes for these incredible firearms, and our collectors did not let us down,” said RIAC President Kevin Hogan in a statement. “It’s such a huge honor to be entrusted with the possessions of an American legend, but we also had a lot of fun with it and everyone here did as well. Half an hour before Elvis’ items sold, there wasn’t a seat to be had in our auction hall. It was absolutely electric with anticipation.”

According to the auction house, Presley bought the revolvers in 1970 from a Beverly Hills sporting goods store before sending them to Germany to be elaborately decorated. One was presented to Vice President Spiro Agnew as a gift but was returned a short time later while Agnew was being investigated for corruption.