Fabio: America, ‘Don’t ever give up your guns’ 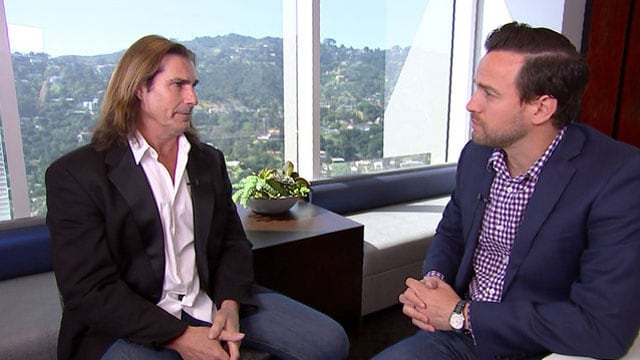 Fabio, appearing on Access Hollywood last month, speaks about the impact of a January break-in at his California home. (Photo: NBC)

Fabio Lanzoni, an Italian born model and actor best known for adorning the covers of romance novels in the 1980s and 1990s, told Americans “don’t ever give up your guns” in an exclusive interview with LifeZette published last week.

“Don’t you ever give up your guns,” he told the magazine Wednesday. “If people lose that right, forget about it. Politicians — they will take everything away from you. And then what are you going to do, protest with a rock? Because that’s what they do in Europe.”

The comments came during a lengthy interview with the magazine in which Fabio criticizes California’s Proposition 57 — a ballot initiative designed to save money on the state’s criminal justice system by reducing prison populations through sentence reductions for nonviolent offenders.

Fabio said California Gov. Jerry Brown misled voters when he said Prop 57 would mainly target criminals jailed for marijuana possession — never mentioning the “fine print” of the measure, which Fabio said includes sentence reductions for “human trafficking involving sex with minors, assault with a deadly weapon, attempting to explode a bomb in a school or hospital, discharging a firearm on school guards, failing to register as a sex offender … the list goes on and on and on.”

“As members of the California District Attorneys’ Association documented in a June meeting with The San Diego Union-Tribune editorial board, Proposition 57 classifies a number of sex crimes as nonviolent — including rape of an unconscious person, the crime committed by former Stanford swimmer Brock Turner that led to a national uproar after he was given a light sentence,” the San Diego Union-Tribune editorial board said in September. “The uproar led to the passage of a state bill that would mandate a strong sentence for those guilty of such crimes.”

The editorial board said Brown had been “sharply critical” of his detractors throughout the election cycle, even accusing law enforcement officials across the state of “spreading propaganda” about the measure.

“What’s propaganda is asserting that sexually assaulting an unconscious person isn’t ‘violent,'” the board said. “That bizarre and hateful claim must not be enshrined in the California Constitution.”

Despite a strong opposition campaign, California votes approved the measure 65-35 in November.

“Being from Europe, I already saw this movie,” he added. “It’s why people left.”

Fabio expressed similar sentiments during an interview with Access Hollywood last month in which he first discussed a break-in at his Los Angeles home in January, Guns.com previously reported.

“I came home and I saw one of the windows,” he said during the interview. “I knew right away something happened.”

Despite the presence of security cameras and trained Rottweilers, Fabio said the burglars tore through his home, unbolting a 200 pound safe with more than $120,000 worth of gold coins and $80,000 in watches stored inside, before fleeing unscathed.

He said the incident left him feeling “violated” and encouraged him to beef up security — including buying a gun.

“Just look at Europe and go the opposite way,” he told the magazine. “It’s as simple as that. Europe already jumped off the cliff. They are doomed.”