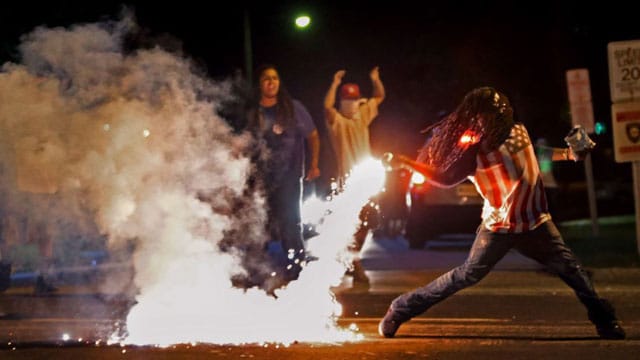 The 27-year-old featured in a famous, award-winning photo from the 2014 protests in Ferguson, Missouri, was pronounced dead Thursday from what appeared to be a self-inflicted gunshot wound.

Edward Crawford, Jr.’s death was reported as a suicide Thursday just before midnight, although an official cause of death has not been released, pending the results of an autopsy.

According to reports, Crawford was in the back seat of a vehicle occupied by two women when he was discussing being distraught over what was described as “personal matters.” During the conversation, the women said they heard rummaging in the back seat followed by the sound of a single gunshot. Crawford’s family, however, disputes the suicide claim and believes the shooting was accidental.

Crawford gained famed after the photo of him tossing a tear gas canister made its way around the internet. But Crawford claimed after the fact that the act caught on camera wasn’t one of violence aimed at law enforcement, as some suggested. Crawford said the canister was thrown near him and a group of kids and he simply picked it up and tossed it away from himself and the kids. Crawford claims he wasn’t throwing it at the police or anything of the sort.