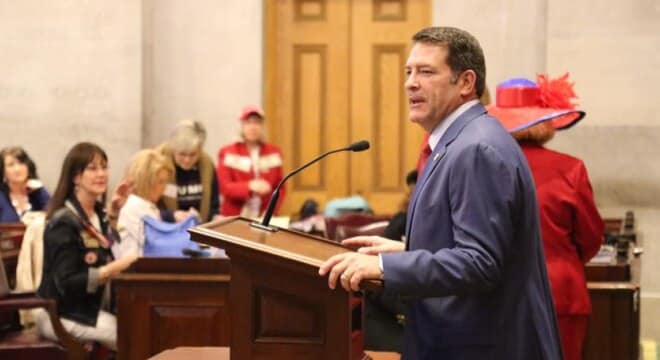 Tennessee Republican Mark Green was nominated on April 7 and withdrew his name on May 5 after a brewing political storm threatened his confirmation (Photo: Dr. Mark Green/Facebook)

President Trump’s second nominee for civilian leadership of the Army has backed away from the job following controversy over past comments he made about gays and Muslims.

Tennessee State Sen. Mark Green, a Republican lawmaker, physician and retired regular Army officer, was nominated by Trump to lead the Department of the Army last month but last Friday withdrew his name for consideration, saying the attacks against him had created a “distraction.”

“I am honored that President Trump nominated me for this position,” said Green in a statement. “I appreciate his support and confidence in me, as well as that of Secretary Mattis and many others, and their desire to Make America Great Again by preparing our military to face the many challenges in the world for the safety and security of our nation.

“But to meet these challenges, there should be no distractions. And unfortunately, due to false and misleading attacks against me, this nomination has become a distraction,” he said.

Green was tapped to replace the seat left vacant with the departure in January of Eric Fanning, President Obama’s Secretary of the Army. Fanning, a former Defense Department civilian staffer for decades — which included a stint as Under Secretary of the Air Force — was the first openly gay head of any service in the U.S. military.

Green was announced after Trump’s original candidate, billionaire and Army veteran Vincent Viola, withdrew from consideration citing his inability to meet the Pentagon’s requirements for personal business which would have included transferring ownership of the Florida Panthers hockey franchise.

A West Point graduate, Green served in the Army as an infantry officer and later rifle company commander in the 82nd Airborne Division before studying to become an Army physician. While a special operations flight surgeon attached to the elite 160th Special Ops Aviation regiment, he was on the team that captured former Iraqi dictator Saddam Hussein in 2003 and later wrote a book about the operation.

His nomination was opposed by lawmakers on both sides, who voiced concerns over his past remarks.

“While I deeply appreciate and applaud his record of service to this nation,” noted U.S. Sen Chuck Schumer, D-NY,  last week, “I feel that Mr. Green’s intolerant, extreme and deeply disturbing views, and disparaging comments toward the LGBTQ community, Muslims, Latinos and other groups of Americans – all of whom play important roles in the Army and in our country – are dangerous to morale, cohesion and readiness of our Armed Services and the fabric of America.”

Robert Speer, a retired Army officer, assistant secretary of the Army since 2014, and one of only six senior Pentagon officials retained by the Trump administration, is currently serving as acting secretary.