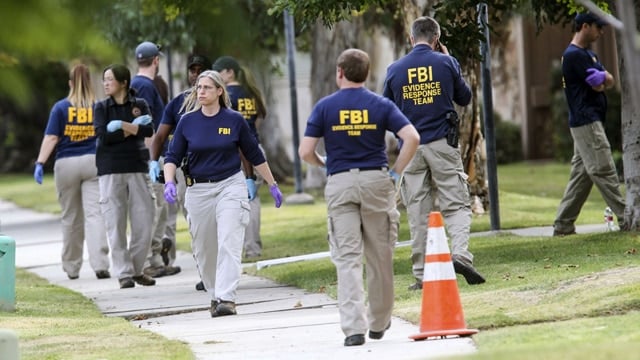 The ranking Democrat on the Senate Judiciary Committee said last week the FBI spent $900,000 hacking into one of the San Bernardino shooters’ iPhones — information the agency considers classified.

California Democratic Sen. Diane Feinstein revealed the sum during a line of questioning directed toward FBI Director James Comey at a committee hearing Wednesday. The Associated Press reports Comey did not confirm the figure, but did speculate last year the agency paid “more than he would earn” over the next seven years, or more than an estimated $1.3 million, to the outside hacker.

“I was so struck when San Bernardino happened and you made overtures to allow that device to be opened, and then the FBI had to spend $900,000 to hack it open,” Feinstein said, according to the AP. “And as I subsequently learned of some of the reason for it, there were good reasons to get into that device.”

In March 2016, the FBI paid an unidentified third party to hack into Syed Rizwan Farook’s cell phone after Apple fought against a federal court order to do the same.

Farook and his wife, Tashfeen Malik, gunned down 14 people and wounded 22 others during a holiday work party in San Bernardino, California on Dec. 2, 2015. His work phone was discovered at the scene and, in an attempt to recover leads, investigators secured a federal court order demanding Apple create software capable of breaking into the terrorist’s phone without erasing the data stored on the device.

Apple refused, citing a concern the technology could fall into the wrong hands. When the FBI collaborated with another source to hack into the phone four months later, the company expressed vindication.

“From the beginning, we objected to the FBI’s demand that Apple build a backdoor into the iPhone because we believed it was wrong and would set a dangerous precedent,” the company said in a statement released to NPR. “As a result of the government’s dismissal, neither of these occurred. This case should never have been brought.”

Apple continued, “We will continue to help law enforcement with their investigations, as we have done all along, and we will continue to increase the security of our products as the threats and attacks on our data become more frequent and more sophisticated.”

In the meantime, media organizations led by the Associated Press filed a public records lawsuit to learn the exact sum paid to the outside hacker, though the Justice Department has resisted releasing the information for fear of jeopardizing the FBI’s intelligence gathering capabilities.