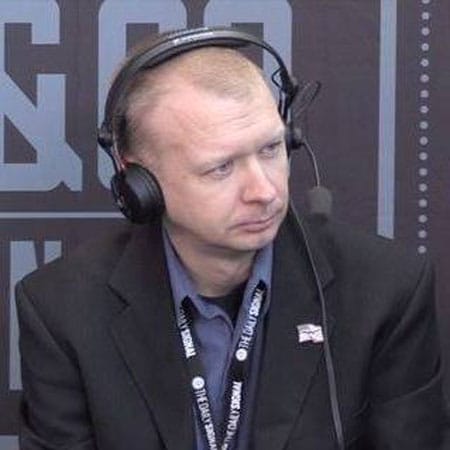 The founder and editor of the popular pro-gun website Bearing Arms was found dead in his vehicle in Fuquay-Varina, North Carolina, Monday morning.

According to reports from local media, Owens’ car was found at an intersection, parked close to a stop sign. While authorities have not released an official cause of death, reports indicate the cause appeared to be a self-inflicted gunshot wound.

Mere minutes before police were called to the scene, Owens took to Facebook in an eery post that those close to him described as “an out of character comment.”

As news of Owens’ death spread, the post filled with expressions of sympathy and condolences to his family.

Owens was described by fellow pro-gun blogger Dan Zimmerman from The Truth About Guns as “an avid shooter and a fierce supporter of the right to keep and bear arms.”

“Our condolences go out to his family, friends and co-workers. He will be missed,” Zimmerman wrote in a brief post titled “Bob Owens, RIP.”

Likewise, Jennifer Jacques, co-editor and writer at Bearing Arms, expressed sadness and disbelief over the news of Owens’ death.

“Life as I knew it ended this morning. It was a privilege and an honor to call Bob Owens my friend, co-editor and work hubby, so please know that I will do everything in my power to protect him in death as I did in life. Needless to say, I am profoundly devastated. Even that phrase seems insignificant compared to what I’m feeling,” Jacques wrote in a Facebook post several hours after Owens’ death.

Jacques asked that the focus be on praying for Owens’ family.

“We are diminished,” she concluded.

The investigation surrounding Owens’ death is ongoing with the assistance of the Raleigh-Wake City-County Bureau of Investigation.