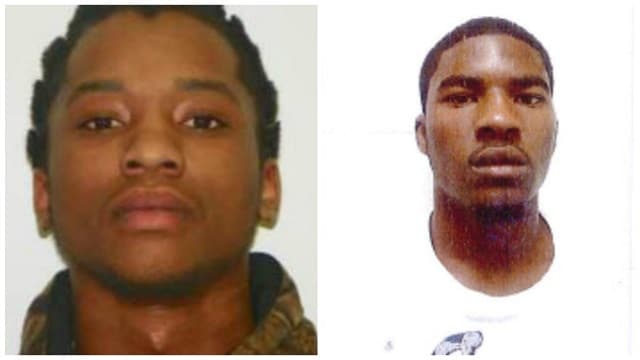 Federal authorities have charged two men in connection with the theft of more than 100 firearms from two North Carolina gun shops.

The Associated Press reported Grant Harrell and Lydell Newsome, both of Ahoskie, were charged Monday with possessing and selling stolen firearms. Both are being held without bail.

Officials from the Bureau of Alcohol, Tobacco, Firearms and Explosives said the men allegedly broke into two gun shops, Mackey’s Landing Firearms in Jamesville and Tamz Guns & Ammo in Ahoskie. Both break-ins occurred in April.

Court documents specify the men cut holes in the metal siding of both gun shops and shattered display cases to get their hands on the firearms. Around 75 guns were stolen from Mackey’s Landing Firearms, while 30 were taken from Tamz Guns & Ammo, WITN reported.

The court documents also show the men sold several stolen guns to ATF informants. Harrell told one ATF source that the firearms were “fresh out of the box” and that they could “get two for $500.”

The ATF said they are still investigating the crimes and more arrests are expected.