Gun control advocates weigh in on death of Bob Owens 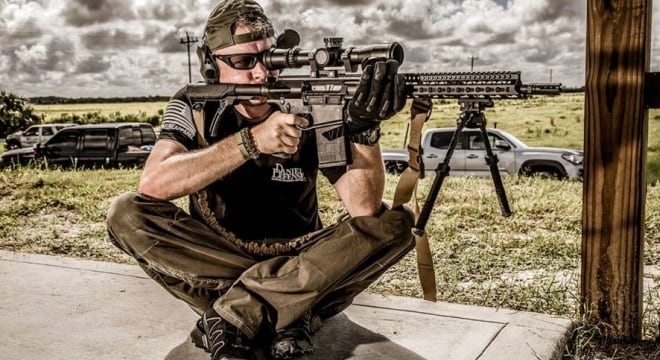 Bob Owens, who blogged as the Confederate Yankee and later went on to start Bearing Arms, was no fan of gun control or those who backed it. (Photo: Facebook)

In the aftermath of the death of the founder and editor of the popular pro-gun blog Bearing Arms, some who faced off with Owens in the past spoke out.

Robert “Bob” Eugene Owens, 46, was found dead Monday with a gun close to his body, later ruled by officials as a suicide resulting from a self-inflicted gunshot wound. As co-workers, friends and those in the Second Amendment community filled social media with tributes, others took the time to note Owens’ passing in a different way.

While the Newtown Action Alliance posted an article about Owens to their Facebook page with the hashtag #GunsDontMakeUsSafer and the Coalition to Stop Gun Violence’s own post resulted in 600 often disparaging comments, one gun control advocate penned a 1,400-word essay on the blogger’s death.

Ladd Everitt, formerly of the CGSV and more recently associated with an LGBT gun control group formed by Star Trek actor George Takei, called Owens the epitome of a “gun nut” and said he was shocked by the news of his suicide.

“His faith in firearms — personally, politically — was total. Bob favored a society in which citizens were heavily armed and in direct conflict with their government — violently when necessary,” said Everitt before turning the piece towards talk of suicide prevention.

“If firearms training and proficiency could prevent gun suicide, then Bob would still be with us today,” he said, going on to point out that Owens’ loss was a tragedy and linking a memorial fund set up in his honor.

“Bob might have hated my guts, but his death brings me no joy whatsoever,” said Everitt. “Any of us can fall into crisis. That could be me tomorrow. Bob has a surviving family that is hurting right now. There’s nothing to celebrate here.”

Finally, he closed with advocacy for programs that take guns from those believed to be a threat to themselves, such as gun violence restraining orders that the CGSV has backed in California and Washington.

“I certainly wasn’t Bob’s friend — he’d be the first to tell you — but if I could have helped to secure his firearms when he was struggling, I would have. He could have had many good years ahead with his family,” Everitt said.