Texas constitutional carry bills 'all but dead' this session 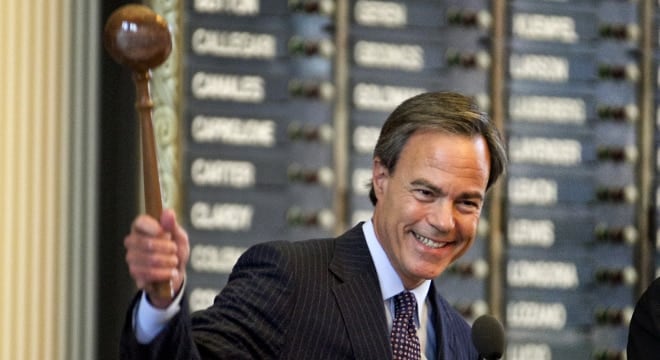 With the legislative calendar growing short, supporters of permitless handgun carry proposals in the Lone Star State are less than optimistic their measures will become law this session.

Two Republican-proposed bills were tracking, state Rep. Jonathan Stickland’s HB 375 and Rep. James White’s HB 1911. Now, with deadlines for movement this session approaching and Stickland’s bill left in committee while HB 1911 is still awaiting scheduling for debate on the floor, time is not on the lawmakers’ side.

“I am sad to report that Constitutional Carry is all but dead,” Stickland said in a post to social media this week. “The only hope left would be a special session called by the Governor, which I do not expect.”

Stickland places the blame for the bills stagnation on several things, but called out GOP bosses in the chamber for not voting HB 375 out of committee and dragging their feet on moving HB 1911 to the floor.

Gun rights advocates, who have been stumping for the measures in the face of fierce opposition from the Texas Police Chiefs Association and gun control groups, also place the intransigence toward constitutional carry at the feet of House Republican leaders.

“Squishy Republicans who claim to support the Second Amendment have done everything in their power to undermine it this session,” Open Carry Texas President CJ Grisham told Guns.com in an email. “They have clearly sided with Bloomberg’s anti-gun agenda and thumbed their noses at gun owners. There is no one to blame for this failure besides Republicans.”

With the last day of the session set for May 29, Grisham said his members will be looking to hold their lawmakers accountable in upcoming elections, but the damage may already be done until the 86th Texas legislature convenes in 2019.

“Now, Texans must wait two more years while the rest of the country does what our politicians are incapable of: honoring their oath and respecting constitutional liberty,” he said. “In two more years, we will shamefully be even further behind.”