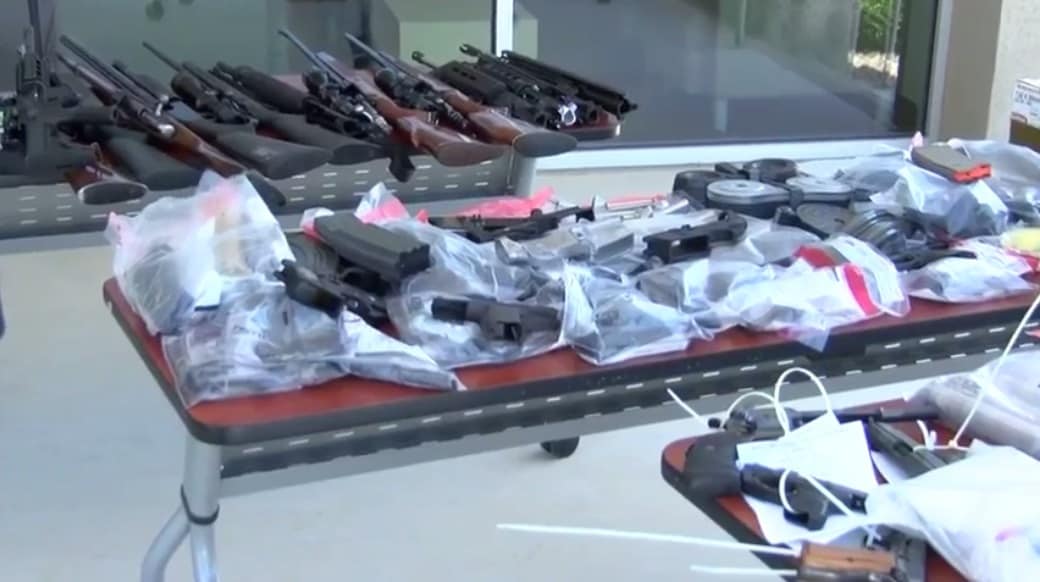 120 firearms were seized during a takedown of Sureño gang members in Merced County, California. (Photo: CBS 47)

California Attorney General Xavier Becerra announced the operation, which also led to the seizure of $170,261 in cash and $1.7 million worth of cocaine, marijuana and methamphetamine.

Merced County residents should sleep a little easier tonight after today’s arrest of gang members and seizure of firearms and drugs,” said Becerra. “Keeping our communities safe must be our number one priority. Today’s bust is a prime example of law enforcement working together at all levels to put criminals behind bars.”

At least eight homicides and violent assaults have been solved as part of the investigation and 16 planned violent crimes were prevented.

“Today was a tremendous day for public safety in Merced County,” said Merced County DA Larry D. Morse II. “Some of the most violent criminals in our community have been taken off our streets along with many of the weapons they use to commit murder and mayhem.”