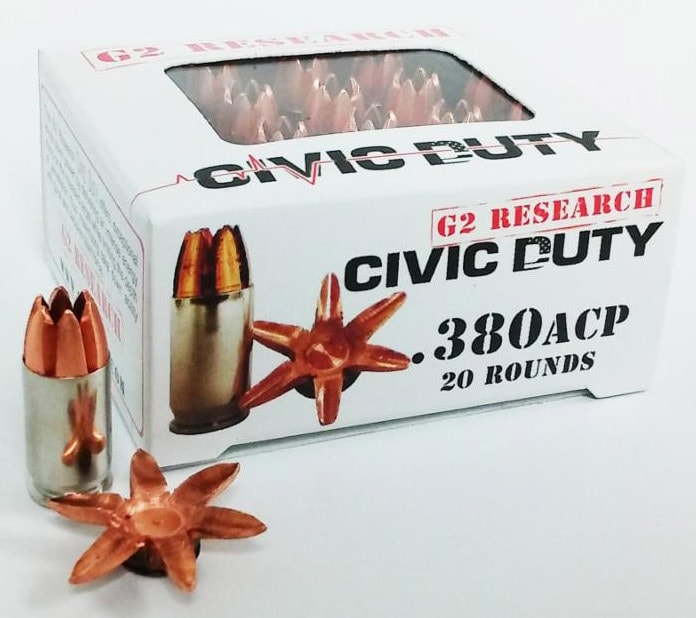 The .380 ACP Civic Duty self-defense round utilizes a pure copper, 69 grain, CNC machined bullet that flies at 1,250 feet per second. Upon impact, the bullet instantly expands into six copper petals measuring almost one-inch in diameter. According to the company, the sharp, copper petals create more pain upon impact while opening a large, permanent wound channel.

The ammo maker says the new Civic Duty round seeks to offer the stopping power of 9mm, but in a smaller, lower-recoil package.

“The .380 is seen by many as the red-headed stepchild of the full power 9mm, even though, at self-defense ranges, the .380 performs comparably to the 9mm,” G2 Research said in a press release. “Generally, the .380’s lighter bullet and 100-250 fps velocity drop (depending on the loads) has been the major stumbling point for many. Well, not anymore!”