Lawmakers introduce bill to make it easier to travel with knives 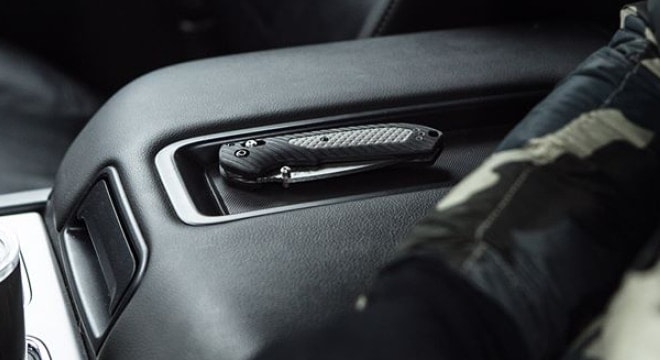 Enzi’s proposal has the support of knife rights organizations who feel the move would insulate knife owners from harassment and prosecution when traveling from one state to another. (Photo: Benchmade)

A group of bipartisan senators on Wednesday introduced a measure to protect the right for Americans to carry knives with them while traveling between states.

The bill, S.1092, would amend U.S. law to better protect the rights of those undertaking interstate travel with knives. Sponsors feel the move would help keep law-abiding knife owners from becoming ensnarled in patchwork state and local laws.

“This bill would help fix that by ensuring that if you’re traveling from point A to point C with a knife that is legal in both locations, you shouldn’t have to worry about being charged with a knife possession crime in between at point B,” said the measure’s co-sponsor, U.S. Sen. Mike Enzi, R-Wyo., in a statement.

Enzi’s plan, backed by five other senators including three Democrats, is based on the Firearms Owner Protection Act of 1986 which provides protections to gun owners traveling across state lines. According to his office, the bill would allow a traveler to transport a knife anywhere else in the country as long as the blade is legal at both ends of the trip. The caveat to that is the knife would have to be secure and not directly accessible to passengers while in transit.

The move has the backing of the American Knife & Tool Institute, a trade group for the knife industry.

“One of the biggest complaints and points of confusion AKTI hears about from lawful knife owners involves the interstate transport of knives,” said AKTI president CJ Buck in a statement from the group. “While citizens are making every effort to comply with patchwork state and local laws, it has become clear that there is the need for a federal protection for sportsmen, hunters, and other law-abiding knife owners that does not interfere with state and local restrictions on knife use.”

The bill has been referred to the Senate Commerce, Science and Transportation committee.