Maine lawmaker wants muzzleloader ban for some with criminal records 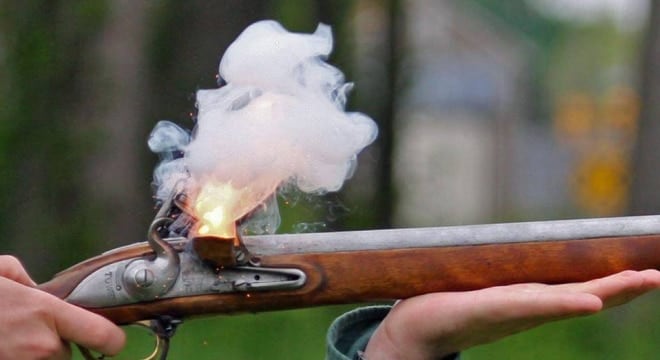 A bill moving through the state House aims to prohibit the possession of black powder firearms and muzzleloaders by some Mainers.

The legislation, LD 1332, is currently in the House Criminal Justice and Public Safety Committee and would restrict who could obtain a muzzleloader permit in the state. The proposal is backed by a lawmaker who argues it is needed to close a loophole that dangerous people can use to get legal guns.

“Unfortunately, I believe a black powder weapon for all intents and purposes is a firearm, just as capable as any of the other prohibited firearms,” said state Rep. Skip Herrick, R-Paris, in committee testimony last week.

Under Maine law, a person convicted of a felony and prohibited from possessing firearms can apply for a special permit through the state police to be able to carry and use a non-concealable black powder firearm five years after their sentence has completed. The may-issue permits are granted at the discretion of the Commissioner of Public Safety after a background check and are good for four years unless revoked.

Herrick’s bill would eliminate this allowance for those whose conviction involved the use of a firearm against another person or who are considered dangerous.

In testimony to the committee, Herrick pointed out the measure came as a response to an incident in his district of a hunter with a black powder rifle who accidentally shot an 18-year-old he thought was a deer. After the hunter was convicted in 2007 for his role in the fatal shooting and served a term that included 30 days in jail and two years probation, the victim’s mother discovered the man could apply for a muzzleloader permit and contacted Herrick with her concerns.