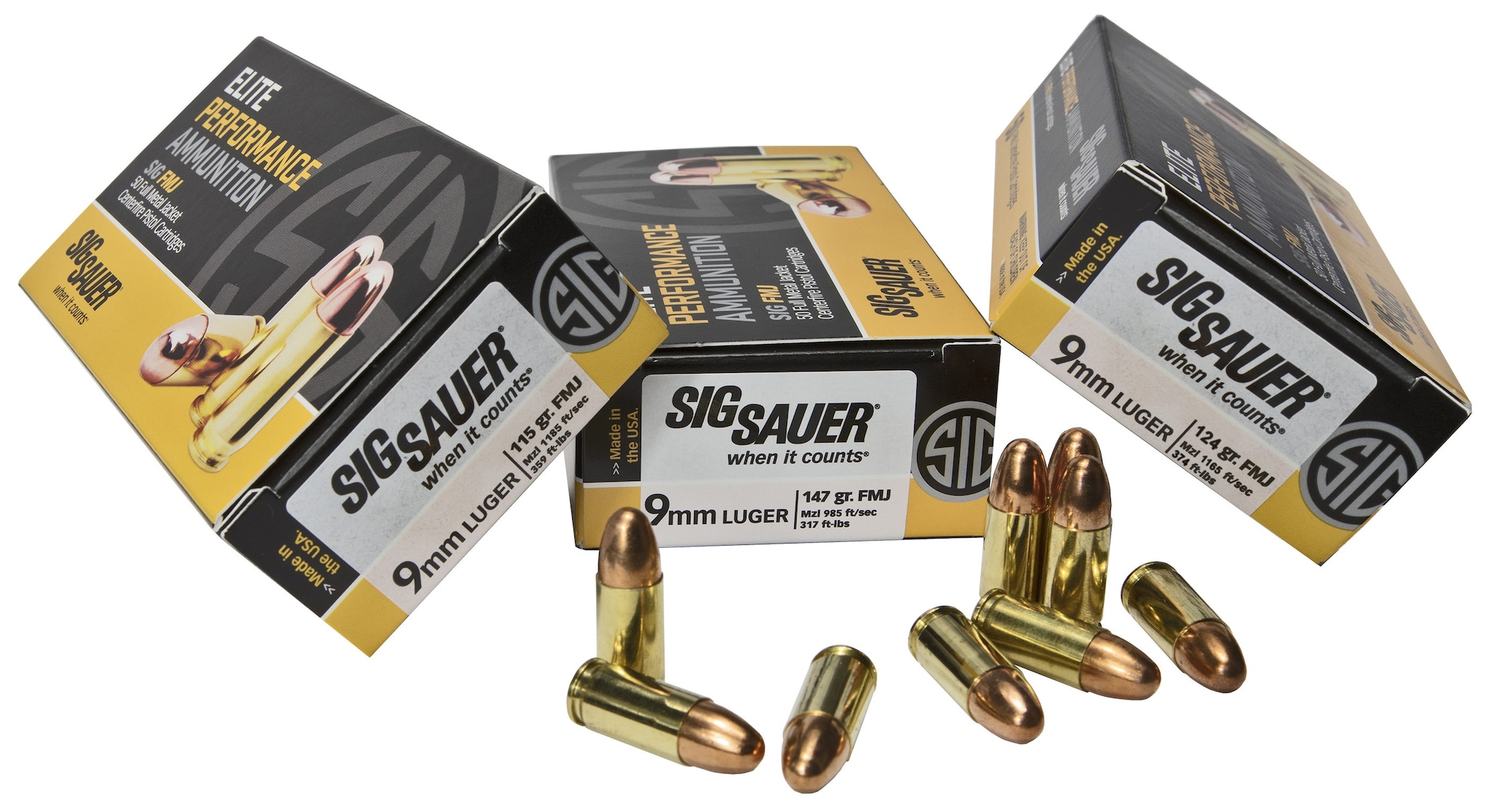 Manufactured to meet or exceed SAMMI specs, the SIG FMJ centerfire cartridges utilize brass cases and copper jacketed bullets that stay with the lead at impact. To reduce barrel fouling and provide reliable function, the ammo is equipped with dependable primers and clean-burning powders.

“Sig FMJ ammunition is designed specifically for practice and competition shooting, and given the sheer popularity of the 9mm caliber, expanding the FMJ line to mirror the V-Crown offerings was an important next step,” Dan Powers, president of the Sig Sauer Ammunition Division, explained in a statement. “These premium target rounds feed as smoothly as our V-Crown JHP rounds and perform and feel almost identical to the V-Crown loads when shooting, making them ideal practice rounds.”

Though there’s been no official word on exactly what the new ammo will cost, Sig’s 115-grain 9mm FMJ is currently priced at just under $20 for a box of 50.