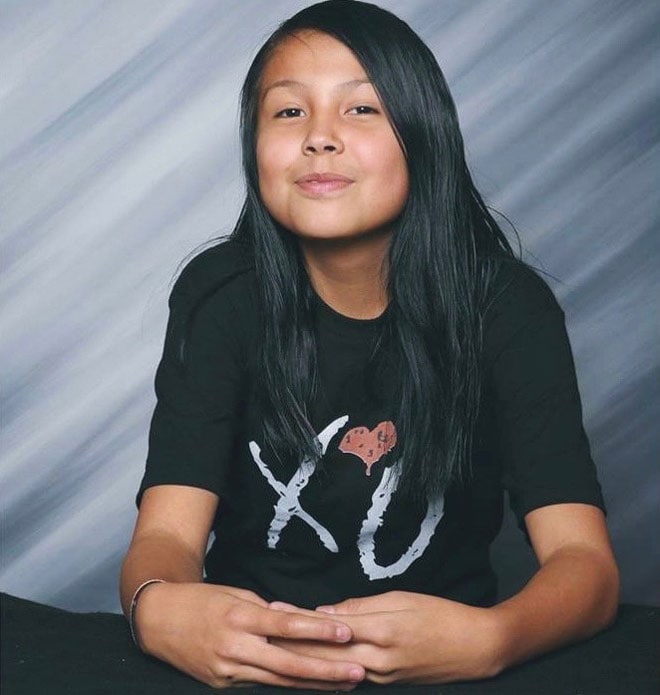 Te’ca Lynn Clifford was murdered while walking with a group of friends a year after her sister committed suicide. (Photo: Native News Online)

A federal jury returned a guilty verdict on Friday in a Rapid City courtroom for a South Dakota man responsible for the 2016 shooting death of a 13-year-old girl.

James Robert Dowty, 27, of Pine Ridge, was found guilty of second-degree murder and discharge of a firearm during the commission of a crime of violence. He faces up to life in prison.

According to Native News Online, Dowty was high on methamphetamine during the early morning hours of July 20, 2016, when he fired indiscriminately at a group of youngsters who were walking together in Pine Ridge Village, located on the Pine Ridge Indian Reservation in South Dakota.

Te’ca Lynn Clifford, who celebrated her 13th birthday less than a month prior to the shooting, was struck by Dowty’s gunfire and died as a result of the injuries she sustained. According to the Justice Department, prosecutors praised three teen witnesses who came forward and shared with the jury what they saw the morning Te’ca was killed.

“I wonder, when will it all end? We need to ask what is happening to our children,” said Mike Her Many Horses, the Oglala Sioux tribal councilor who represents the Wounded Knee District.

“This was a tragic case and while obviously no verdict can bring her back, we are hopeful this outcome provides some consolation and healing to the victim’s family,” said Assistant U.S. Attorney Eric Kelderman.

Te’ca left behind her parents and one brother. She also had a sister who committed suicide less than a year before Te’ca was killed.

A sentencing date has not been scheduled for Dowty, but he is currently in the custody of the U.S. Marshals Service where he will remain until he is sentenced.