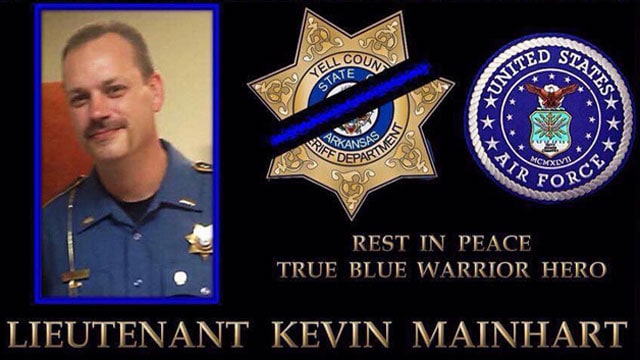 Kevin Mainhart was said to be a respected member not only with the sheriff’s department but the entire community. (Photo: Yell County Sheriff’s Department)

Following a five-hour standoff and hostage situation Thursday at a home just outside of Dardanelle, Arkansas, a man is in police custody and charged with the murder of three people including a sheriff’s deputy.

Arkansas State Police identified the deceased officer as Lt. Kevin C. Mainhart, 46, of the Yell County Sheriff’s Department. The names and ages of the remaining two victims have not been released at this time, but both were reported to be female.

“This deputy checked in for duty this morning not even realizing that this would be his last call,” said Bill Sadler with the Arkansas State Police.

The suspect, James Michael Bowden, 32, surrendered to authorities and is charged with three counts of Capital Murder.

Bowden’s girlfriend, who has only been identified as “Haley,” was held hostage by Bowden during the standoff and released about 30 minutes prior to his surrender. She is said to be safe and unharmed.

According to authorities, the incident unfolded Thursday morning after the sheriff’s office received a call about a disturbance at a home on Gum Springs Road. Soon thereafter, Mainhart initiated a traffic stop on a vehicle believed to be involved in the disturbance.

During the course of the traffic stop, Bowden, who was driving the vehicle, critically shot Mainhart, then drove away, leaving him for dead. A passerby noticed the injured deputy and called the police for help, but Mainhart’s injuries were too extensive for him to be saved.

Soon thereafter, officers went to the home where the disturbance call originated and there they found the deceased bodies of the two female victims. While Bowden was not at that home, authorities received word of another residence where he could be located.

Just before 10 a.m., Bowden was found to be at that location, where he was holding at least one person hostage. A standoff then ensued and continued until just before 3 p.m.

Police have not released many details surrounding the case, which is still part of an ongoing and active investigation, but Bowden’s family said the entire incident stemmed from an argument with his girlfriend. The family said they were on the phone with him during the standoff and tried to talk him into surrendering.

Bowden’s father, who is also named James, indicated that the family was shocked by his actions, noting that this sort of behavior was not typical for his son.

“He had mental problems,” the elder Bowden said of his son. “He was on three different psychotic drugs.” 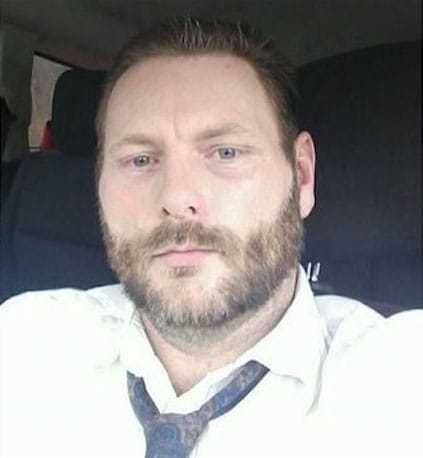 Bowden is currently being held at the Conway County Jail.

Mainhart was a United States Air Force veteran who retired from the West Memphis Police Department after more than 20 years of service. Following his retirement, Mainhart joined the Yell County Sheriff’s Department where he had been for five years. He was the 16th officer so far this year to be shot and killed in the line of duty.

“Lieutenant Mainhart’s 25-year career in law enforcement in West Memphis and Yell County made Arkansas a safer place,” Hutchinson said in a statement. “Our thoughts, prayers and gratitude are with the Mainhart family and all those who put their own lives in danger to serve and protect.”