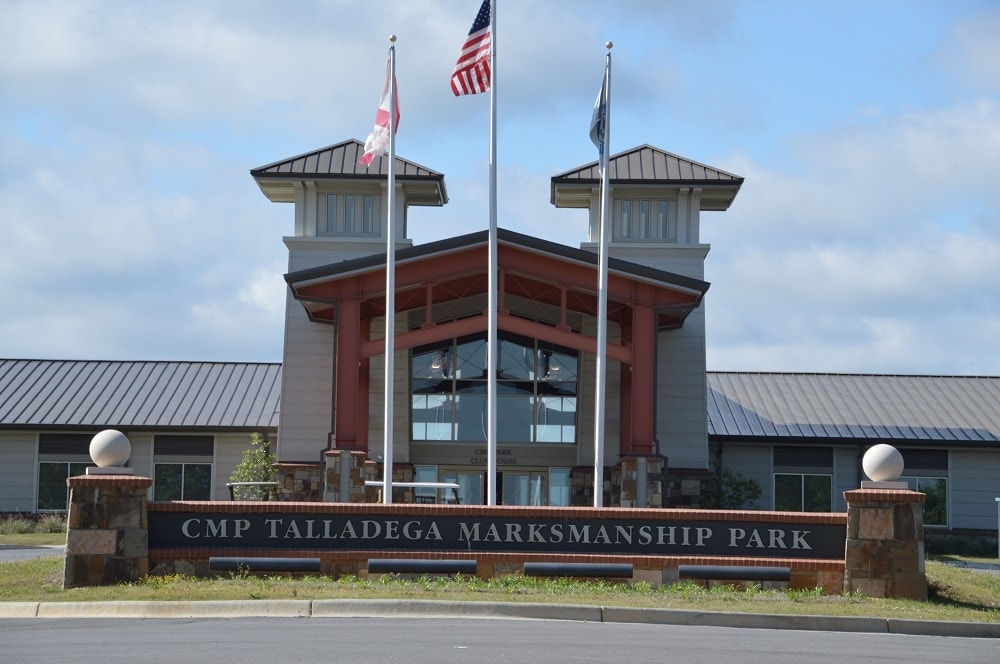 We recently had the opportunity to visit the immaculate ranges used by the Civilian Marksmanship Program to support public firearms training.

The CMP is a federally-chartered non-profit corporation tasked with promoting firearms safety training and target practice. It originated as the Office of the Director of Civilian Marksmanship in 1903 under orders from Congress to improve the country’s marksmanship skills to minimize training in case of war.

Split off from the U.S. Army under the Clinton-administration in 1996, it still conducts training courses and holds shooting competitions and clinics nationwide but draws its primary source of funding through the sale of surplus firearms to qualifying members of the public which were donated to the organization by the Army.

With an eye to see just what all those M1 Garand sales have helped pay for, Guns.com visited the CMP’s Alabama operations to get a better idea about what they offer the public.

Where new shooters are groomed 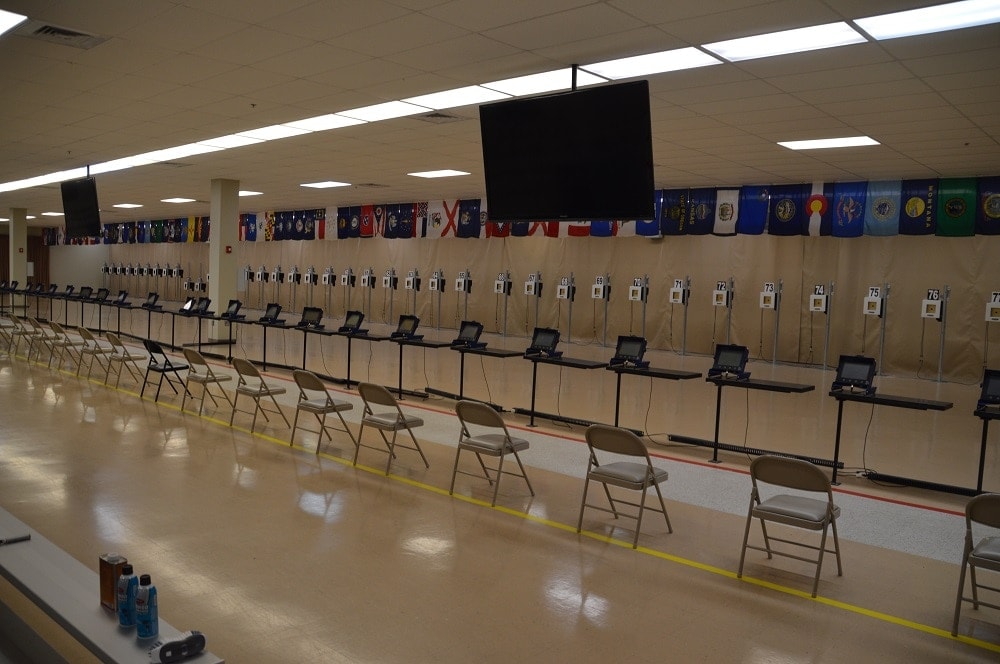 The Olympic-quality $4 million range, set up with electronic targets for 10m air pistol, air rifle, and National Match shoots, supports local, regional and national JROTC competitions, Boy Scout merit badge shoots and other events for youth as well as special “marksmanship nights” open to the public every Tuesday and Thursday. Sporter class air rifles are available for free loan for those who need it, and the center supports week-long summer enhancement camps with defrayed costs for budding competitors.

Shots are displayed instantly both on small screens at each shooter station, as well as large monitors for spectators. Live target images can be viewed online for the benefit of supporters who can’t make the matches.

Townsend said CMP gets more than 10,000 youth entries per year at the center and an identical set up is at the Gary Anderson Competition Center at Camp Perry, Ohio. 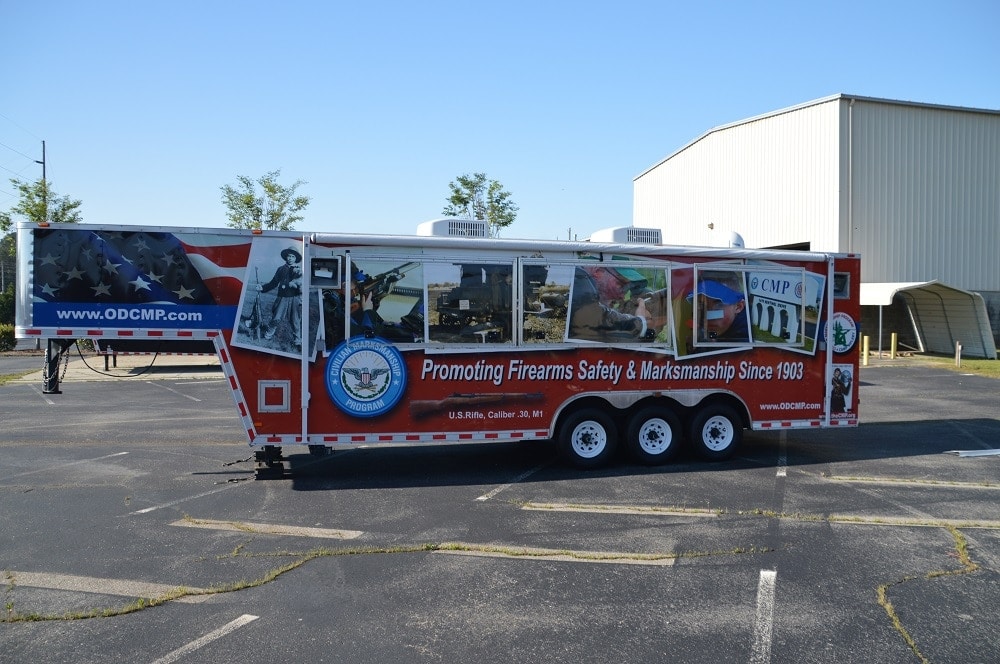 CMP regularly takes the show on the road.

For events held outside of Ohio or Alabama, the CMP has a series of portable air gun ranges, each with 60 lanes. While we were visiting, the group was preparing a range for a weekend competition in North Carolina.

The gold cup in the CMP’s trophy case is their new $23 million Talladega Marksmanship Park, which, in addition to regular matches, is open to the public at low hourly ($8-10) or daily ($15-30) rates.

Located on 500 acres with room to grow, the world-class shooting facility can support every discipline there is except for Cowboy Action Shooting, though Townsend said if there was a serious interest in it, they could probably work that in as well. 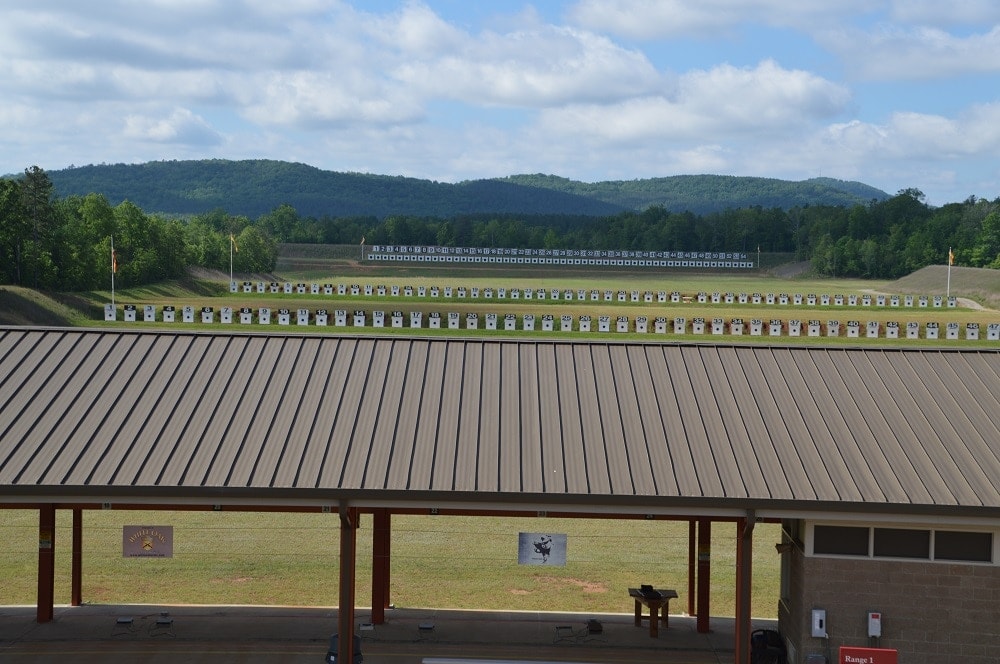 The range is a favorite for service rifle matches and, unlike at Camp Perry, each target is scored electronically by a four-microphone Kongsberg system, which means no target pulling is needed and even if it is raining, you are still shooting. 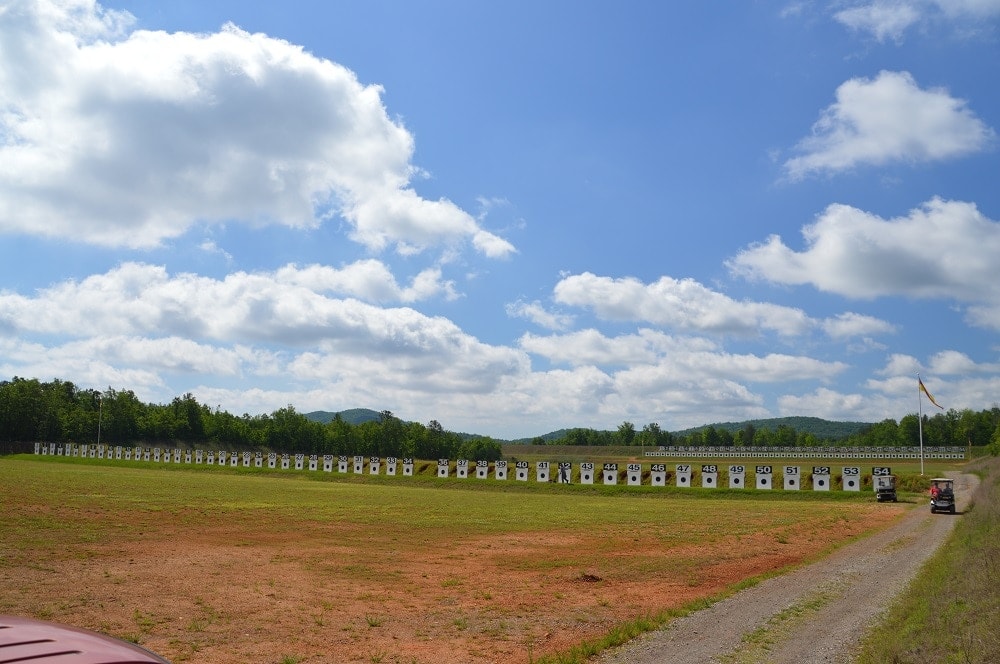 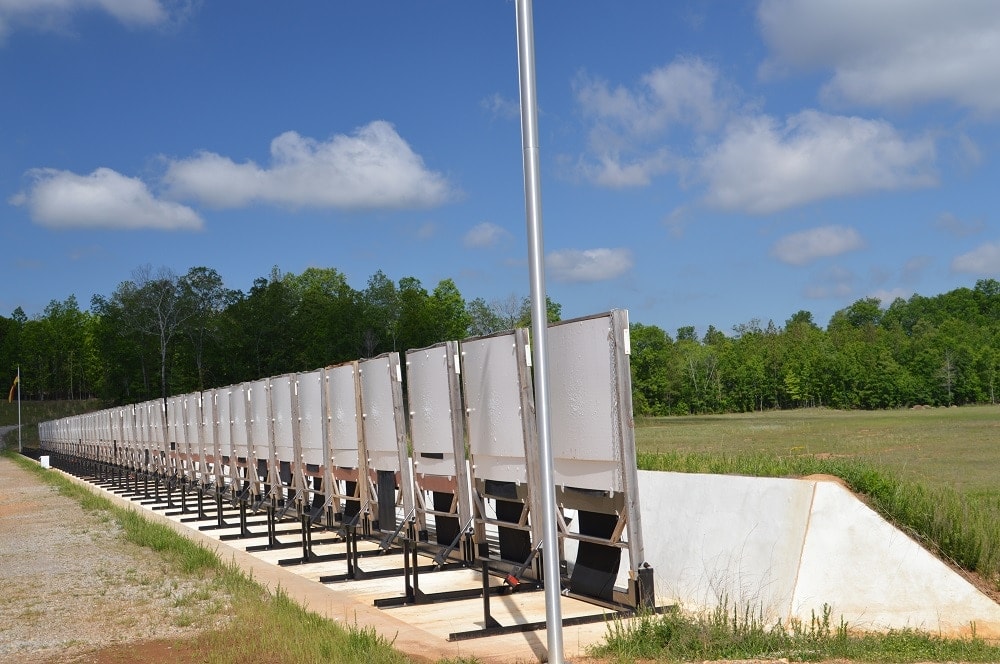 There is no such thing as a target pit at Talladega

The 13,000-square-foot clubhouse, overlooking the main rifle range, allows those waiting to shoot a chance to chill in air-conditioned comfort while they watch the same sort of target displays found at Anniston as they sip on a cold drink. A Creedmoor Sports pro shop is located inside for gun and ammo sales. 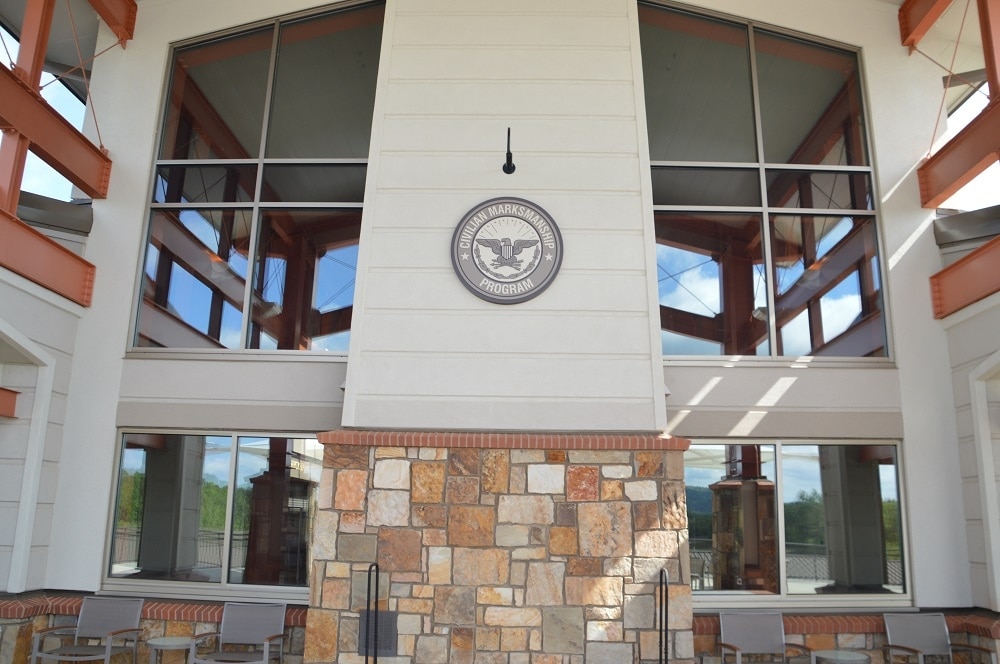 A smaller, 35 position range set up for 50m and 100 yards, also uses the same sort of electronic targets as does a dedicated 50 yard, 25 position pistol range. 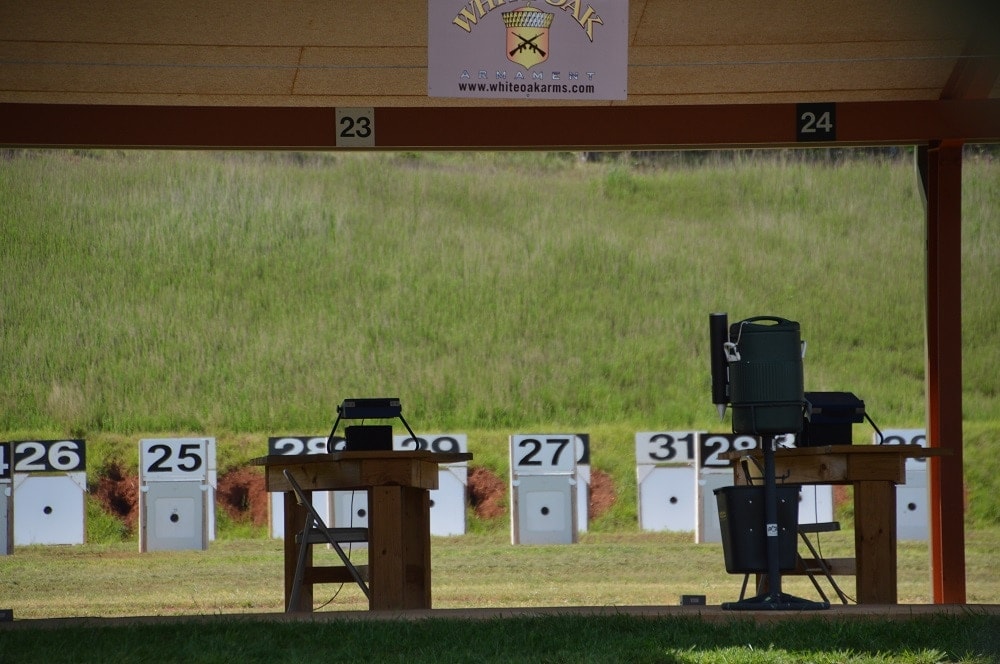 An uninstrumented 50-foot multipurpose range is also an option as are Bullseye and law enforcement ranges.

Tactical/practical shooters are accommodated in a big way through 15 action pistol bays with Park Manager Greg Drummond telling us 1,200 GSSF members are expected for an upcoming event and a 3-gun championship scheduled for this summer may prove to be even larger. 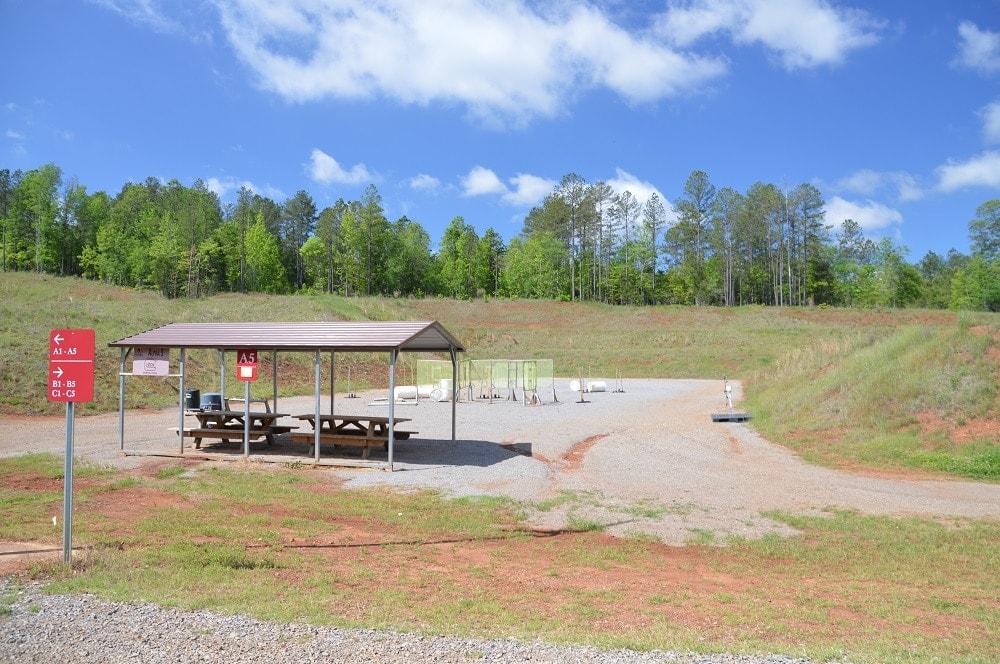 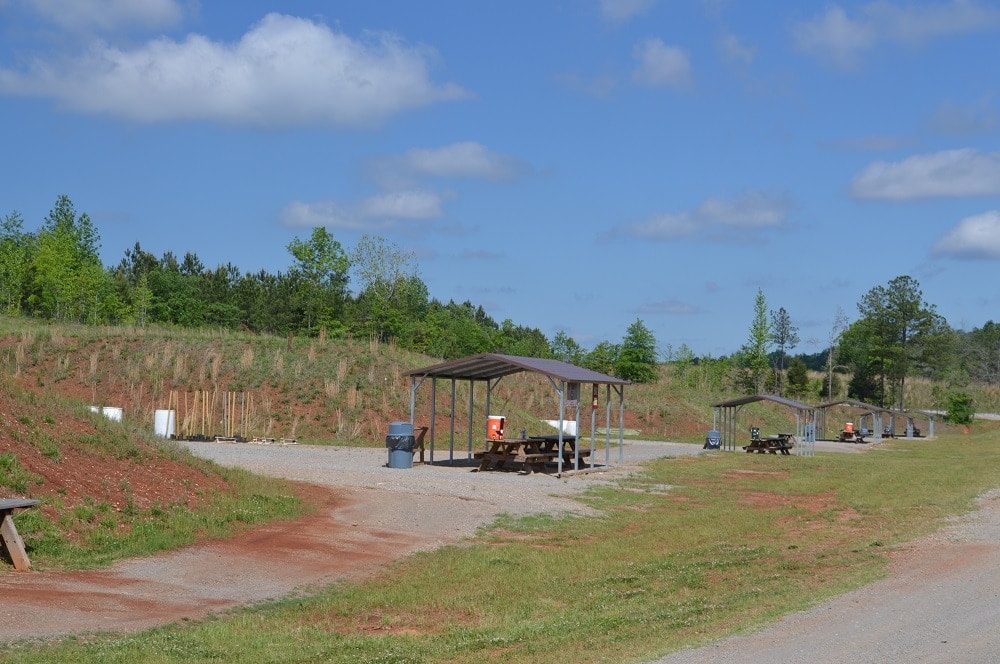 For shotgunners, Talladega is a true “Disneyland for shooters” with a Trap/5-Stand field and 15 position sporting clays field along a one-mile loop with some of the best views imaginable. Drummond told us a sporting clays event which had just ended brought 200 competitors and 1,400 visitors to the park. A lean former lawman with a wall of shotgun medals in his office, you know Drummond is on point with his scattergun competition support. 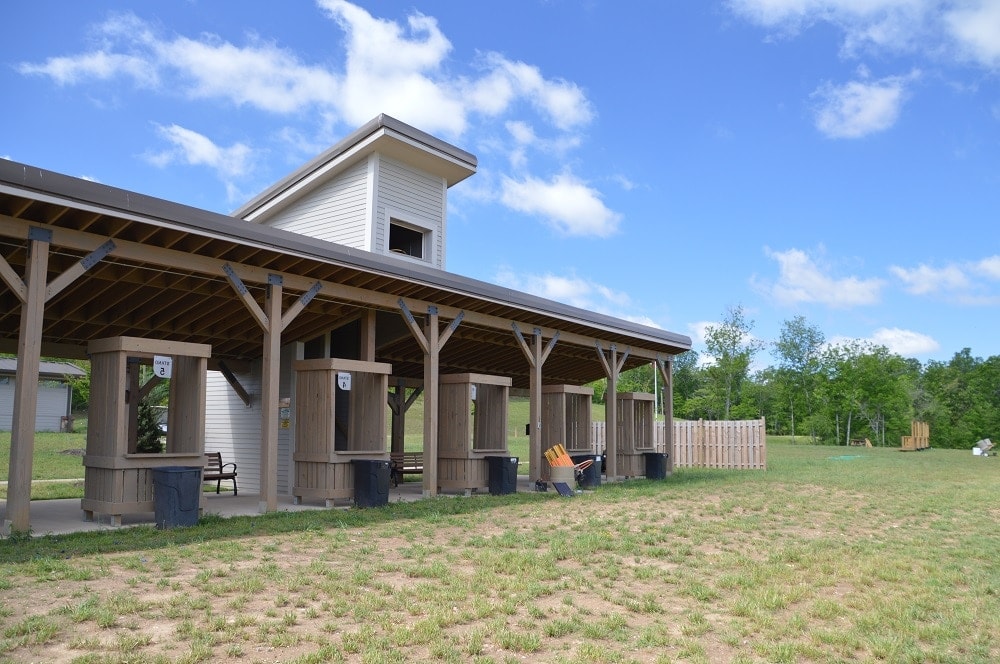 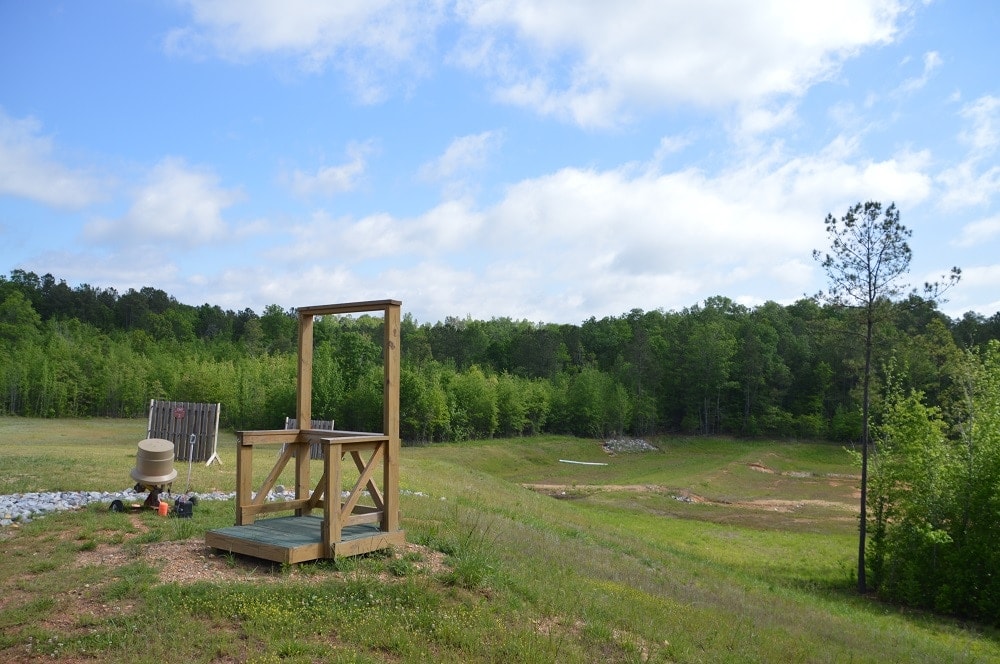 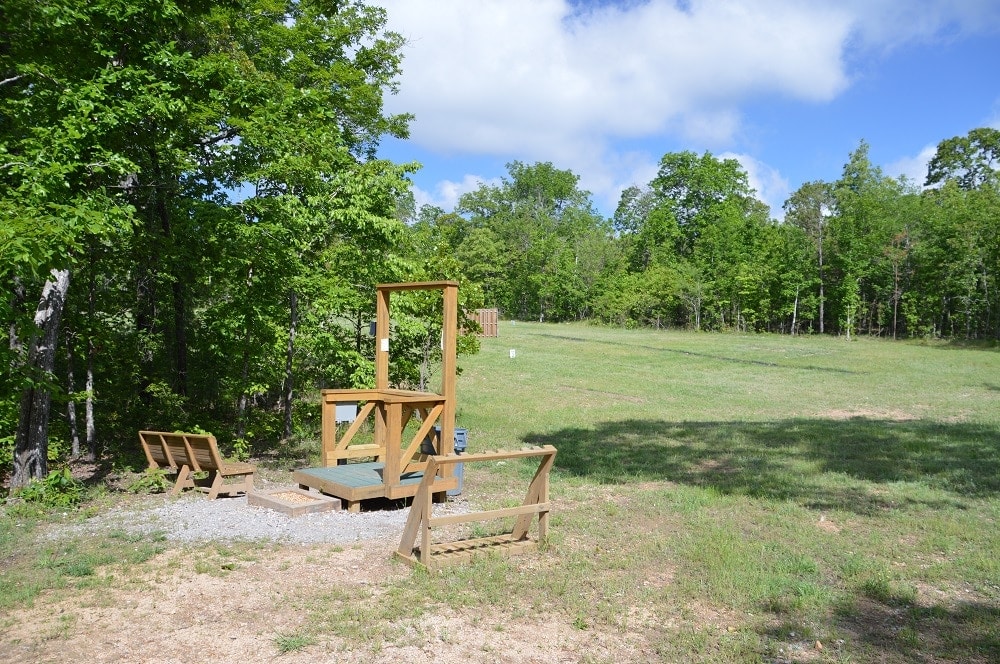 In keeping with their training and safety mission, the park also is open to junior shooters age 10-17, if they are accompanied by an adult, and discounts range prices in half for youth.

The facility includes two classrooms and a safety briefing prior to shooting is not optional. 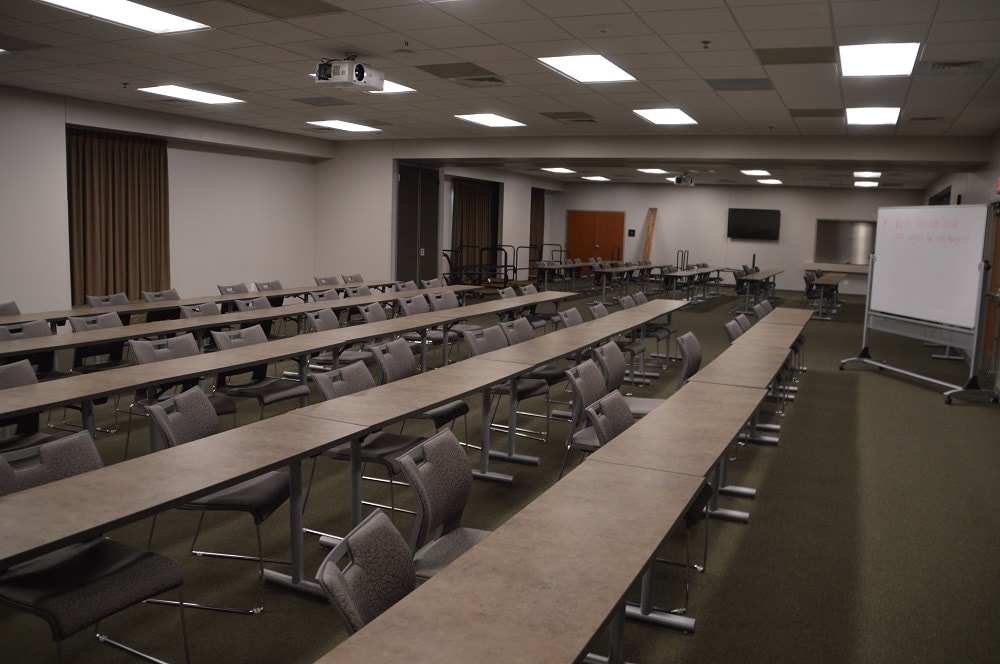 The only thing we could find to complain about was that there wasn’t one of these facilities in every state, but that could be changing to a degree. Townsend says they regularly host community, conservation and industry groups looking to set up shooting ranges across the country, so some of the lessons on display in Anniston, Camp Perry and Tallegeda could filter out to ranges across the country.

It’s almost like they are promoting civilian marksmanship or something.