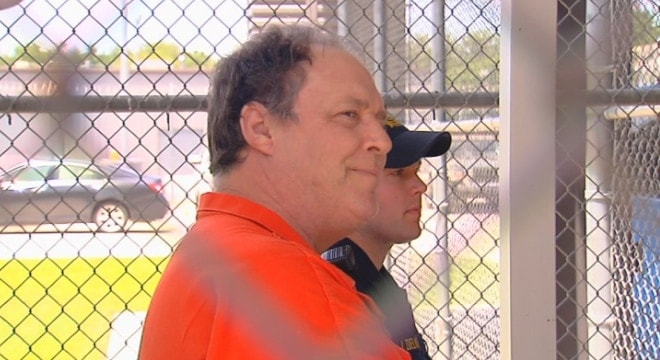 Will Hayden was found guilty and sentenced to life plus 40 years in prison for the rape of two girls. (Photo: WBRZ)

The one-time reality TV star and founder of Red Jacket Firearms, convicted of raping two girls in Louisiana more than two decades apart, is slated to spend the rest of his life behind bars.

The Advocate reported one of Hayden’s victims, now 37, attended the court proceeding, smiled and said, “Thank God” on hearing Hayden’s sentence. A second victim, now age 15, was not in court.

The sentencing follows reports that first emerged in August 2014 that had the reality TV star and gunsmith booked on child molestation charges. Released on $150,000 bond at the time, Hayden was arrested again two weeks later on charges of aggravated rape of a 12-year-old. Pleading not guilty, Hayden was in the custody of the East Baton Rouge Parish Sheriff’s Department until trial, his case in the hands of the public defender.

The series of allegations and arrests led Red Jacket to cut ties to Hayden and the Discovery Channel to cancel the once-popular show due to public outcry. The 65th episode of Sons of Guns, the end of five seasons, aired May 16, 2014, prior to Hayden’s initial arrest.

Hayden is slated to appear in a Livingston Parish court on July 10 for another aggravated rape count.