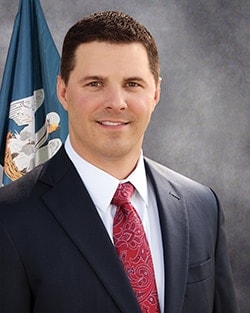 Lawmakers in the Louisiana House killed a bill Wednesday that would have allowed lawful gun owners to carry concealed firearms without a permit.

The Associated Press reported the measure — House Bill 68, sponsored by Republican Rep. Barry Ivey — was shot down by the House Committee on Administration of Criminal Justice on an 8-5 vote.

Under current state law, Louisiana residents are allowed to openly carry firearms without a permit but must obtain a permit in order to carry concealed weapons.

Supporters of Ivey’s bill argued the permitting process for concealed carry, which requires gun owners to undergo training and complete a background check, is costly and prevents many from exercising their Second Amendment rights.

This was the third time Ivey has proposed constitutional carry legislation that ultimately failed in the Louisiana State Legislature.