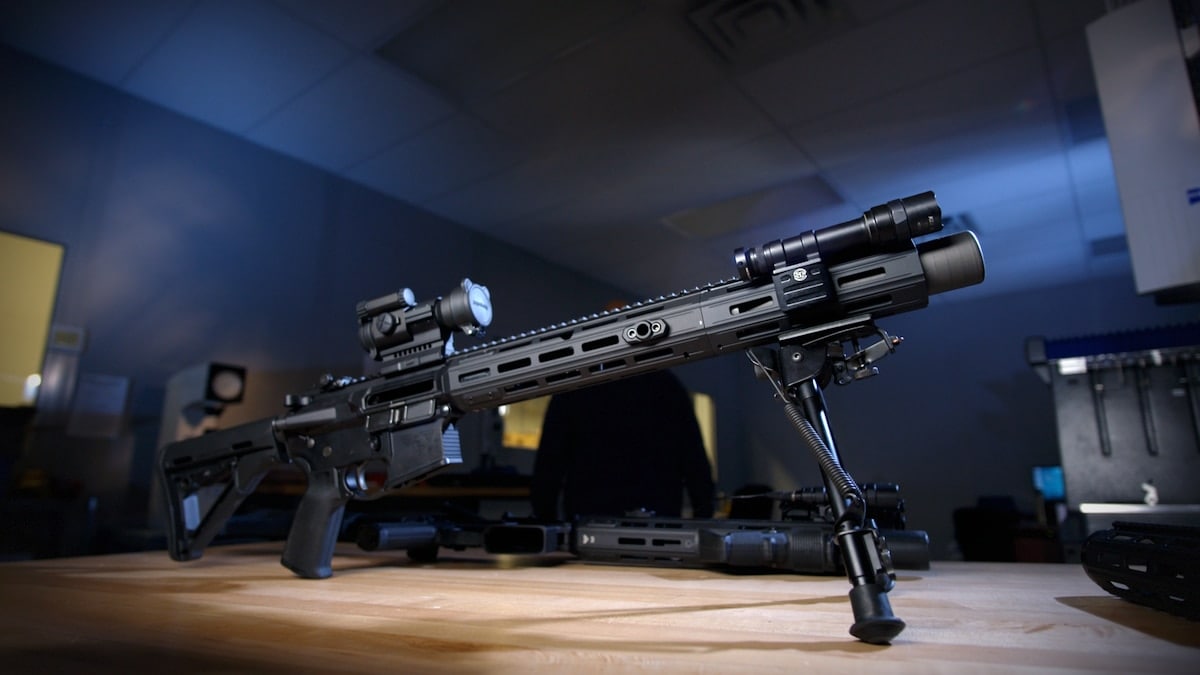 The NCT4 is built for the AR-15 platform and provides rail space for accessory mounting. (Photo: Nordic Components)

The modular handguard system allows AR users to extend the length of their handguard when paired with a  suppressor. The NCT4 comes in two lengths — 6.7-inches or 9.5-inches — providing maximum coverage on 7.5-inch or 10.5/11.5-inch barrels. The handguard is fully compatible with standard AR-15 pattern upper receivers and accommodates most suppressors.

The shield offers over 6-inches of can coverage as well as additional rail space. The handguard is M-LOK compatible and also features a seamless continuous top rail. Shield mounting is toolless, requiring just the push of a button to unlock the shield.

“The current trend is for long handguards on AR-15 rifles, generally out to the end of the barrel. This allows more rail space and better mounting locations for accessories. Short-barreled rifles and AR pistols give up this option,” Casey Knutson, Vice President at Nordic Components, said in a statement. “However, Nordic Components set out to add a handguard extension when running SBR/Pistol AR-15s suppressed. The result is the NCT4 Suppressor Shield.”

Nordic Components says they are currently accepting pre-orders with summer delivery expected on the handguard system. The NCT4 is priced at $350.