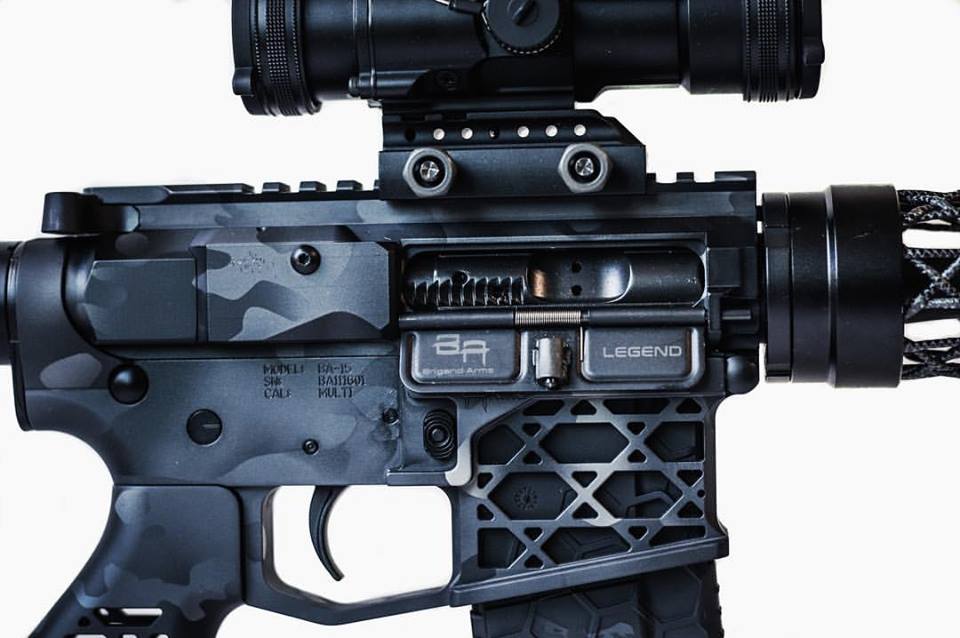 The dust cover features stars and stripes on the outside and the BA Legend logo on the inside. (Photo: Brigand Arms)

The Stars-and-Stripes-outfitted dust cover features a stylized, dark gray and black look with the Brigand Arms Legend logo emblazoned on the inside of the cover. Constructed from aluminum, the cover allows AR shooters the ability to customize their rifles and add a little personality.

“We know you’ve been asking for more ways to customize your rifle,” the company said in a press release. “Clad with Stars and Stripes and the BA Legend logo, our dust cover provides one more way for you to stand out.”

The complete ejection port cover assembly, measuring just over three inches, comes ready for installation right out of the box. Included with the dust cover are the spring, C-clip and pin.

The dust cover is moderately priced, entering the marketplace at $24.00.