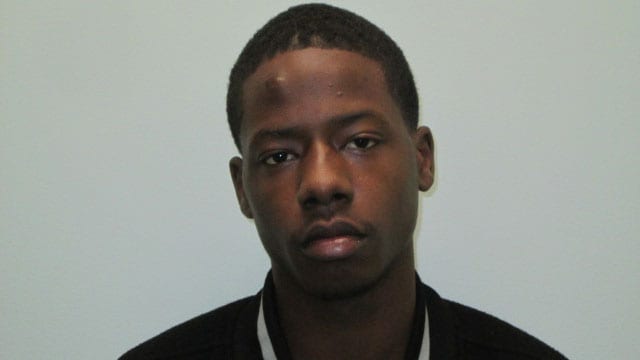 Roman L. Brown, Jr. was indicted on gun charges and threatening a police officer and his family. (Photo: Kentucky Department of Corrections)

A Kentucky grand jury indicted two convicted felons last week on multiple firearm charges, while one of the defendants was also indicted for threatening a police officer and his family.

Chicoby Summers, and Roman L. Brown, Jr., both of Louisville, were named in an eight-page indictment filed Wednesday. Both are charged with multiple counts of being a felon in illegal possession of a firearm and ammunition, while Brown is facing additional charges for threatening to assault and kill a Louisville Metro Police Officer and an immediate family member of that officer.

Brown was found to be in possession of two Taurus 9mm handguns and a Zastava 7.62 caliber pistol model PAP M92PV, as well as ammunition. Due to an October 2015 conviction for felony drug trafficking, Summers was prohibited from possessing such items.

Likewise, Brown was found to be in possession of a Glock Model 36, .45-caliber pistol, and a Zastava 7.62 caliber pistol Model PAP M92PV. Brown was also previously convicted of felony drug trafficking charges in September 2013 and therefore prohibited from possessing a firearm.

On the day of the arrest, Brown threatened an officer as he was engaged in the performance of his duties. According to prosecutors, Brown made the threats “with the intent to impede, interfere, intimidate and retaliate against” the officer, who was a member of the Louisville Metro Intel Joint Task Force.

If convicted, Summers faces up to 10 years in prison, while Brown faces a combined sentence of up to 42 years in prison, with both incarcerations concluding with a supervised release. As part of the sentencing, both could also be ordered to a pay a substantial fine.