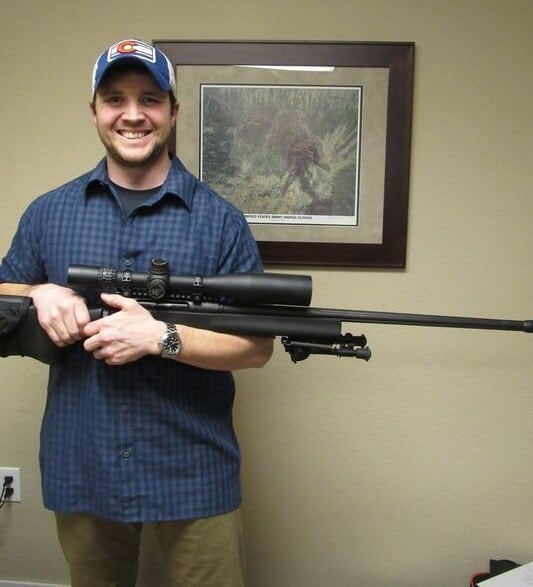 A former sniper in the U.S. Army and firearms instructor has opened a new gun shop in northern Colorado.

The Greeley Tribune reported military man Eric Croft, who was a sniper in the U.S. Army for eight years and has taught firearms classes for the last three years, recently opened Windsor Armory in Windsor, Colorado.

Since opening his shop, Croft has already received numerous inquiries into long gun training, his main area of expertise.

“It’s something people want to do, but don’t know where to start,” he said. “Pistol classes are everywhere. I could go down the street and find a pistol class. Long gun courses — true long gun courses taught by experts — are few and far between in this country.”

Croft was involved with shooting sports and hunting as a child, but found his passion for long guns while training to be a sniper in the Army.

As well as training and selling, Croft builds custom guns he says can perform at a high level but at a lower price point than other rifles. He has his own modified Remington Model 700 long gun displayed near the entrance to his shop.

Croft said he only uses high-quality components for his custom guns and has applied that same philosophy to the selection of firearms in his store.

“We’ll never carry something we wouldn’t trust our lives with,” Croft said. “I’ll make sure it’s tested and tried before I carry it.”

Opening the Windsor Armory is something Croft has wanted ever since his military service, and it’s a job he doesn’t take for granted.

“I’ve dreamed about being self-employed for a long time,” he said. “Ever since I got out of the military in 2013, I’ve wanted this.”