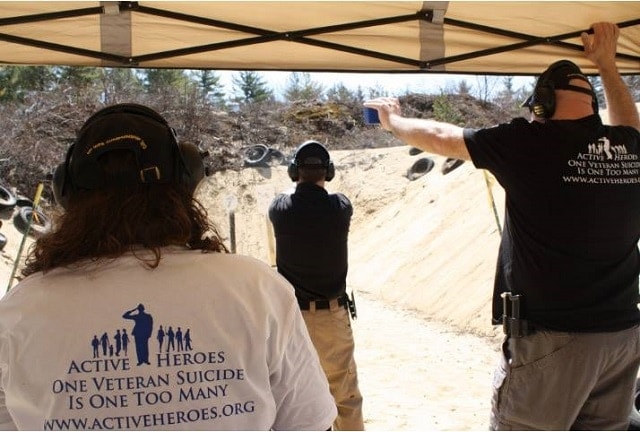 According to a SIG SAUER press release, the company held a charity shooting match on May 12 and 13 at the SIG SAUER Academy in Epping, New Hampshire, to raise funds for promoting suicide awareness and for helping military families in need.

Aiming for Zero shooting events are put together by the charity Active Heroes, whose mission is to prevent and bring awareness to veteran suicide.

“People behind the guns at competitions are patriotic, red-blooded Americans who support the sacrifices our men and women in service make,” said Chris Tessier, Match Director for Aiming for Zero. “If they see an opportunity to help veterans and military families while pursuing their passions, it’s a no brainer. The response to Aiming for Zero has been overwhelming.”

The May event was expected to raise over $30,000, and due to SIG SAUER providing their own venue, all the money was set to go directly to charity.

“We are honored to partner with Aiming for Zero,” said Adam Painchaud, vice president of SIG Academy. “SIG SAUER has a long history of supporting U.S. military personnel during and after their service to our great nation. The SIG Academy is the perfect venue to host this wonderful charity and help bring awareness to veteran suicide.”

More Aiming for Zero events are scheduled for May and June. To help the organization, please go to activeheroes.org.