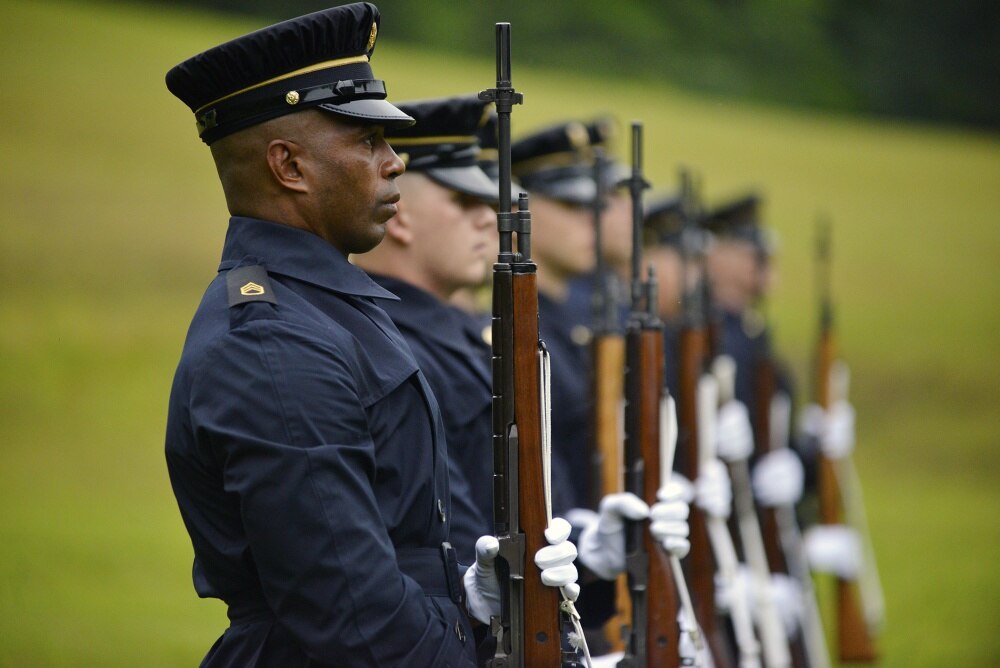 SSG Earl Thomas and a firing party from The Old Guard, stand at attention before shooting the first volley of the salute during Samuel Howard’s reinterment. (Photo: Mark Rankin/U.S. Army Corps of Engineers)

Soldiers from The Old Guard — the 3d U.S. Infantry Regiment — traveled from their normal duties at Arlington to Kentucky to make sure a veteran of Washington’s army was buried with respect.

The remains of Revolutionary War veteran Samuel Howard, along with his wife Chloe and their unnamed infant, were reinterred last week in Baxter, Kentucky after erosion forced them to be relocated.

Howard died in 1840 in Kentucky and was moved once before, in the 1970s, due to development. Living descendants of the veteran worked to get the Corps of Engineers involved in saving the threatened remains from river erosion last year and the Corps, in turn, requested the Old Guard for the reinterment ceremony which was performed on May 12. 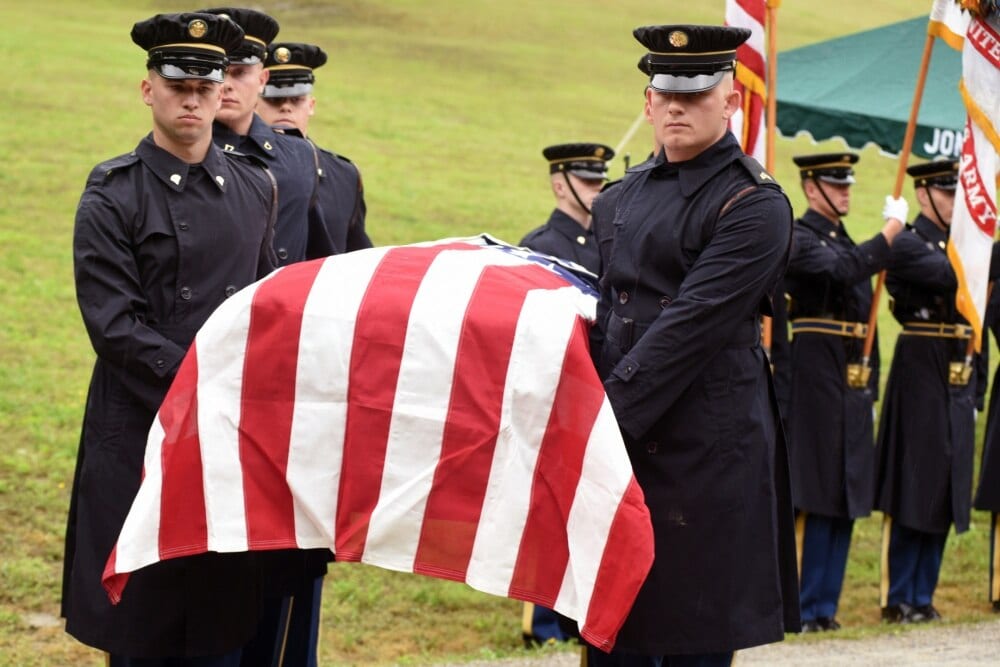 “Today is the culmination of a lot of hard work accomplished by the corps and the Howard family along with local officials to save these remains,” said Brig. Gen. Mark Toy, commander of The U.S. Army Corps of Engineers South Pacific Division. “This is an example of the Army’s commitment to taking care of Soldiers and their families in life and beyond.”

Howard served three tours with the Continental Army during the war including service with Capt. Mayo Carrington’s company of the 6th Virginia line infantry and his name appears on the 7th Virginia’s muster rolls at Valley Forge. He was present when Cornwallis surrendered at Yorktown and later became one of the founders of Harlan County, Kentucky.