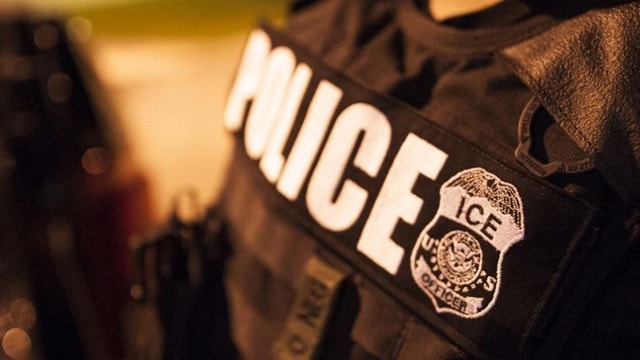 U.S. Immigration and Customs Enforcement is touting a nearly 40 percent increase in undocumented immigrant arrests so far this year.

In the 100 days since President Trump signed executive orders cracking down on immigration, ICE has arrested 41,318 known or suspected undocumented immigrants, according to a news release from the agency. That’s a 37.6 percent increase from the same time period last year.

“ICE agents and officers have been given clear direction to focus on threats to public safety and national security, which has resulted in a substantial increase in the arrest of convicted criminal aliens,” said ICE Acting Director Thomas Homan.

From late January to late April of this year, ICE made an average of 400 arrests each day. Nearly 75 percent of those arrested are convicted criminals. Of the 30,473 convicts taken into custody, nearly 10 percent of them were convicted for violent crimes like homicide, assault, rape or kidnapping.

On April 10, authorities in Dallas arrested Juan Antonio Melchor Molina — a man wanted for murder in Mexico. Authorities there allege he shot and killed a man at a wedding in 2008.

The arrests make good on a promise from Attorney General Jeff Sessions, who earlier this year threatened MS-13 gang members, telling them, “we are coming for you.” Last week, ICE announced the arrest of more than 1,000 people with gang ties in a six week operation.

Non-criminal arrests also increased from 4,200 in 2016 to more than 10,800 in 2017. “Homeland Security Secretary John F. Kelly has made it clear that ICE will no longer exempt any class of individuals from removal proceedings if they are found to be in the country illegally,” said the agency in its report.