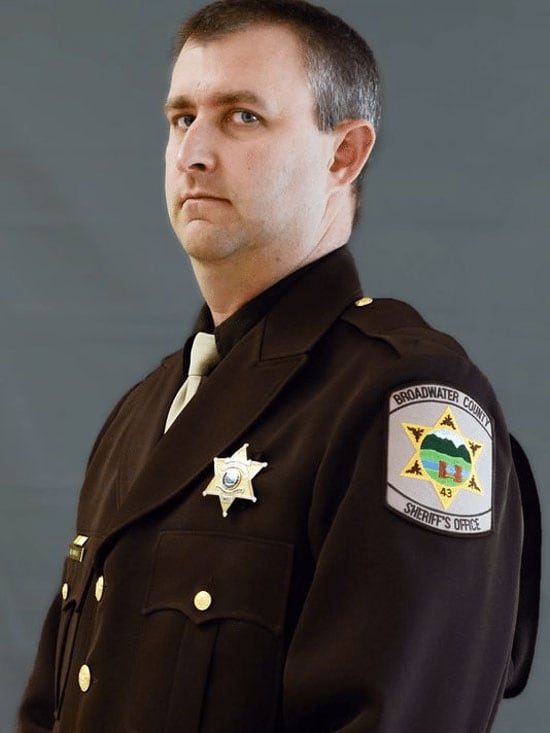 Deputy Mason Moore had been with the department about three years. (Photo: Broadwater County Sheriff’s Office)

A sheriff’s deputy was shot and killed during a traffic stop early Tuesday morning near Three Forks, about 30 miles west of Bozeman.

The deceased officer was identified as Broadwater County Sheriff’s Deputy Mason Moore. He was 42 years old and left behind a wife and three children.

The suspects – a father and son – were identified as 61-year-old Lloyd Montier Barrus and 38-year-old Marshall Barrus. Marshall remains in the hospital after he was shot in the head during a firefight with police. His current condition is unknown. Lloyd was booked into the Missoula County jail on suspicion of deliberate homicide.

Police say the incident unfolded around 2:30 a.m. as Moore pursued a vehicle driven by the suspects and attempted to pull them over. It’s unclear what exactly transpired at the time, as Moore lost contact with dispatchers. When a Gallatin County Sheriff’s deputy arrived on the scene after the loss of communication, he found Moore lying near the road dead.

The deputy reviewed Moore’s dash cam and was able to get a description of the suspects’ vehicle, which was spotted around 3:30 a.m. two counties over in Butte-Silver Bow. The suspects led authorities from multiple law enforcement agencies on a chase that spanned over 140 miles and reached speeds in excess of 100 miles per hour.

During the chase, the suspects fired multiple rounds from a .308 rifle at law enforcement officers. Spike strips were deployed twice before the suspects’ vehicle was finally disabled in Powell County. 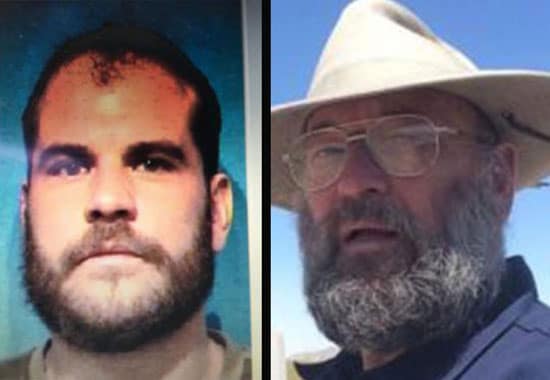 Marshall Barrus, left, is in the hospital with a gunshot wound to the head and his father, Lloyd Barrus is in jail. (Photo: Gallatin County Sheriff’s Officer)

“There’s probably a special place in hell for those individuals and that’s where they belong,” Butte-Silver Bow Sheriff Ed Lester said of the suspects.

Marshall is a convicted felon with a criminal history out of Montana and Alaska and a pending felony burglary charge. He’s accused of breaking into a Belgrade home in November, where he assaulted a woman and threatened to kill her husband. He also had two DUI convictions in Montana and a third in Alaska.

Moore had been with the Broadwater County Sheriff’s Office for about three years. He was the 129th law enforcement officer to be killed in the line of duty in Montana since 1878, just before Montana became a state, and was killed less than two miles from where a state trooper was fatally shot in 2010.

It’s unclear at this point why the suspects opened fire on Moore. A memorial fund has been established for Moore’s family.